The 2017 Golden Globes are right around the corner, so let's get down to business and predict who will take home those golden trophies.

Predicting winners at the Golden Globes can be a tricky experience, as we outlined in our helpful tips post. But if you're truly stuck on who you think might win at Sunday night's ceremony, we're giving you our insight on what to expect.

Here are our predictions for the television categories at this year's Golden Globes:

The Golden Globes are very well known for embracing new shows, so as the only freshman show in this lineup, FX's Atlanta seems like the way to go. Its innovative style and charismatic lead star, Donald Glover, should make the show irresistible to Globes voters. However, black-ish has two acting nominations so it could certainly spoil.

We predict: Atlanta
But watch out for: black-ish

Unlike the musical or comedy category, this one is very tough considering there are four new shows here. While HBO's Game of Thrones is the biggest show in the world, we don't see voters going for a fifth season show. Between the other four, Netflix's The Crown is probably the most prestigious, Globes-friendly of the bunch, despite the other three shows having better buzz.

We predict: The Crown
But watch out for: Stranger Things

This should be an easy win for FX's The People v. O.J. Simpson, which leads all television nominations with five. They also really liked AMC's The Night Manager, but probably not enough to take down O.J.

We predict: The People v. O.J. Simpson: American Crime Story
But watch out for: The Night Manager

The Globes like to pair off wins in the television categories, so Comedy Series plus Glover should go hand-in-hand. He has the most buzz of all these nominees, while the other new contender, Graves' Nick Nolte barely has any traction.

We predict: Donald Glover - Atlanta
But watch out for: Nick Nolte - Graves

The Golden Globes don't like to go back to the same well twice, so Bloom and Rodriguez are probably out. That leaves the other four women having an almost equal shot of taking home the trophy. Louis-Dreyfus may seem like a slam dunk but they've never awarded her for Veep, so why would they start now? While Parker and Rae are in hot new HBO shows, neither show could get into Comedy Series. We're going out on a limb and picking Ross here, due to her Hollywood lineage (which the Globes love) and show nomination in Comedy Series.

We predict: Tracee Ellis Ross - black-ish
But watch out for: Issa Rae - Insecure

Thornton's show is the only new one in this category, but there's not much buzz there. Malek did not win last year, but his Emmy win and unique performance might be enough to get him the makeup win this year. We are perhaps most shaky on this category.

There are three actresses with new shows in this lineup, making this category another tough one. Foy has the advantage of being the fresh face, but we don't think The Crown will win three awards (more on this later). Wood is strong in Westworld but there isn't a huge amount of buzz on her. That's why we're picking Ryder for her big comeback. It could be a great TV moment seeing Ryder's return to glory, and the Globes are all about making moments.

We predict: Winona Ryder - Stranger Things
But watch out for: Claire Foy - The Crown

Best Performance by an Actor in a Limited Series or Motion Picture Made for Television
Riz Ahmed - The Night Of
Bryan Cranston - All the Way
Tom Hiddleston - The Night Manager
John Turturro - The Night Of
Courtney B. Vance - The People v. O.J. Simpson: American Crime Story

Vance won an Emmy for playing Johnnie Cochran in The People v. O.J. Simpson, but we think the Globes will want to award younger, more buzzed-about contenders here. This is likely between Ahmed and Hiddleston, who have both made names for themselves in the movie industry. Hiddleston is probably the better-known contender and they likely want to reward The Night Manager somewhere, so why not here?

We predict: Tom Hiddleston - The Night Manager
But watch out for: Riz Ahmed - The Night Of

There was no performance more talked about in 2016 than Paulson's as Marcia Clark, so she has this one in the bag. The only realistic spoiler is Keough, a fresh face with Hollywood blood, her grandfather being Elvis Presley.

Brown could very well repeat his Emmy win here, but we think Lithgow's grand performance as Winston Churchill will be catnip to Globes voters, and will help pair off The Crown's Drama Series win.

Best Performance by an Actress in a Supporting Role in a Series, Limited Series or Motion Picture Made for Television
Olivia Colman - The Night Manager
Lena Headey - Game of Thrones
Chrissy Metz - This is Us
Mandy Moore - This is Us
Thandie Newton - Westworld

We would probably be predicting one of the This Is Us actresses if only one of them got in here, but having two will likely result in split votes. Instead, we think Newton, who stole the show on Westworld this season, will take home this prize.

We predict: Thandie Newton - Westworld
But watch out for: Chrissy Metz - This is Us 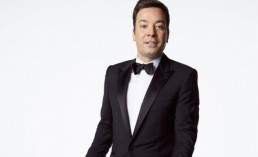 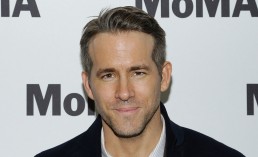 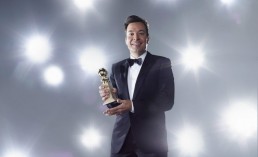