There are numerous Irish and Ireland-themed movies you can stream on Netflix, Amazon and HBO in honor of St. Patrick's Day.

St. Patrick's Day 2017 has arrived, and if you're not interested in going out to local pub to celebrate Irish heritage, you can still do so from the comfort of your own home. Streaming sites like Amazon and Netflix have a number of Irish movies that you can easily access to celebrate St. Patrick's Day in your shamrock-adorned pajamas.

In Brooklyn, Saoirse Ronan play Eilis Lacey, a young Irish woman who emigrates to the titular New York City borough. After falling in love with a local Brooklyn man, she must decide whether to stay in the city or return to Ireland, where her family and friends are desperate for her to come home. The film was nominated for four Oscars, including Best Picture and Best Actress. Watch Brooklyn on HBO Go, HBO NOW or buy it on Amazon Prime.

The Secret of Kells is an animated film that tells the story of a young boy living in an Irish monastery who tries to protect his village from invading Vikings. A master illuminator visits the monastery and the boy helps him finishing the book he is writing and goes on a grand adventure. The film was nominated for Best Animated Feature at the Oscars. Stream The Secret of Kells on Netflix.

If romantic comedies are more your thing, Leap Year is the way to go for Irish lovers. Amy Adams stars as a woman who travels to Dublin, Ireland to propose to her boyfriend (Adam Scott) on Leap Day. As per Irish tradition, men who receive a marriage proposal on this day are forced to accept, but for Adams' character, there are more than a few bumps in the road. You can stream Leap Year on Netflix.

One of the most critically acclaimed movies to come out of 2016, Sing Street centers on Conor (Ferdia Walsh-Peelo), a teen living in Dublin who starts a band with friends in order to impress a girl. The film features a strong original soundtrack and celebrates young Irish spirit. Stream Sing Street on Netflix.

Noble tells the true story of Christina Noble, the advocate for children's rights who founded the Christina Noble Children's Foundation. The film stars Deirdre O'Kane as the titular character who is brought up in the Irish slums and eventually goes on to become a leader for civil rights in Vietnam. You can stream Noble on Amazon Prime. 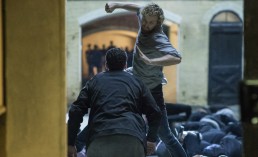 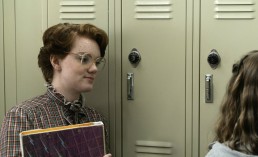 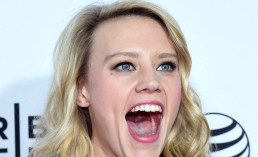