That said, fans of "Dance Moms" Season 7 are wondering what will happen to Lifetime's reality series. Will the current season be cut short? Who will replace Abby Lee Miller? Will Season 7 be the last season for the franchise?

Some of the questions are still left unanswered, but as for the question of who will replace Abby Lee Miller on "Dance Moms" Season 7, Lifetime has already provided an answer. According to Deadline, "Dancing With The Stars" pro dancer, Cheryl Burke, will be filling in for Miller.

Abby Lee Miller has reportedly finished taping for "Dance Moms" Season 7 and announced her decision to leave the series after filming has wrapped up. In line with that, the reality series has extended its filming schedule to make way for Cheryl Burke's appearance on the series.

Before Miller's announcement to leave "Dance Moms" Season 7, fans were anticipating that it would be the last season for the popular dance instructor. However, they were not prepared for the sudden changes and were taken by surprise when the network announced that Cheryl Burke would be filling in for the 50-year old reality star.

As of writing, it is still unclear if "Dance Moms" Season 7 will be the final season for Lifetime's reality TV series. Meanwhile, "Dance Moms" alum, Maddie Ziegler, have reportedly given her reaction to Abby Lee Miller's announcement to leave the series. According to Celebeat, Ziegler said in an interview that she left the show because she just wanted to dance and didn't want the drama. That said, the fans were quick enough to notice that Sia's prodigy might just have thrown shade at Miller, who was the cause of drama in "Dance Moms." 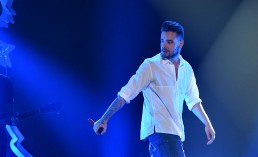