"Better Call Saul" Season 3 is about to return to the small screens in April, thus fans now have a lot of expectations. As viewers want to see more "Breaking Bad" characters in the show, its co-creator Vince Gilligan revealed at its Los Angeles premiere that the spin-off is about to get near to the original series' story.

Gilligan revealed that "Better Call Saul" Season 3 will be quite darker with a theme more like "Breaking Bad," Variety reported. However, he explained that they didn't plan it to happen, but it just turns out to be like that naturally.

"Better Call Saul" Season 3 will also feature the much-awaited transformation of Jimmy McGill (Bob Odenkirk) to the known "Breaking Bad" character Saul Goodman. The show's 54-year-old lead star, on the other hand, teased that there will be a "big movement" happening on his character as the criminal lawyer.

Odenkirk also added that this will be the first time after a long while that he will return playing the character of Goodman in "Better Call Saul" Season 3. "There's more of an internal movement of this really sweet character, Jimmy McGill, who kind of shuts himself down and does some very callous things that are very Saul Goodman-like," he said.

Aside from the transformation of McGill to Goodman, another much-awaited happening in "Better Call Saul" Season 3 is the coming of Gus Fring (Giancarlo Esposito). Odenkirk teased that the restaurateur-mob-boss will play a big part in the third chapter of the "Breaking Bad" spin-off.

Odenkirk revealed that fans are about to see more Fring in "Better Call Saul" Season 3 as he starts to build his drug empire. In fact, at the end of the upcoming chapter, the dominoes will start to fall over and if there will be a chapter four; it will definitely be a roller coaster ride, Hollywood Reporter cited.

"Once the dominoes start falling it goes faster and faster ... It's a faster season," Odenkirk added. "Better Call Saul" Season 3 will air on April 10 on AMC. 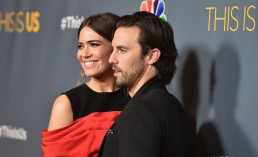 ‘This is Us’ Season 2 May Reveal Big Twist; Miguel, Rebecca Might End Up Together 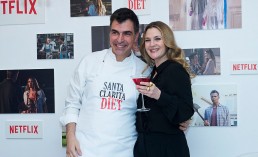 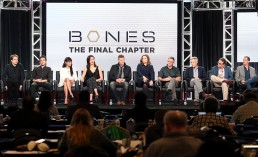