The paternity test drama that endured all season between Rasheeda, Kirk Frost and the woman who claimed he fathered her child, Jasmine Washington, escalated when the cast taped the highly anticipated reunion for Love and Hip Hop Atlanta on VH1.

Washington appeared early in the season and accused Kirk of not only knowing about the secret child, but paying her to stay quiet. It didn't take long for word to travel to his wife, Rasheeda. She demanded that he get a paternity test to prove Washington right or wrong. He was extremely hesitant throughout the entire season. Now, it's going to be one of the main reasons for drama on the reunion, The Shade Room reported Thursday.

A man named Logan approached Rasheeda at the end of the season and said he could be the father of Washington's child. Unlike Kirk, he was happy to take a DNA test. But Nina Parker read the results at the reunion and they came back that Logan isn't the father-meaning the possibility of Kirk fathering the child is even greater.

This is also an indication that Kirk still refused to take the paternity test by the time the season actually ends.

Meanwhile, Washington and her crew were not asked to attend the reunion. So, she wrote a letter to Rasheeda and apologized for causing so much drama in her life. But when it comes to Washington, Frost said she was just fame hungry and that she tried to blackmail him.

Kirk and Rasheeda have been accused of faking the entire thing for a dramatic story line.

Fans will have to wait a couple more weeks to see everything come into light. 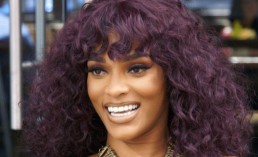 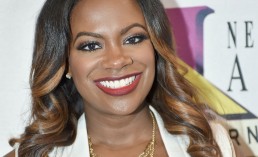