Filming for Bravo's The Real Housewives of Atlanta hasn't started yet but the drama is going strong already.

Returning co-star Porsha Williams threw a bit of shade at original cast member, NeNe Leakes, who recently announced she will be coming back for the upcoming tenth season.

Williams commented on Leakes' return during a recent episode of Dish Nation and said, "I don't know... She's been waiting. I'm glad she got her job back."

Williams also had a few words about the photo shoot Leakes released when she made the announcement about coming back to the show before she ended her statement with, "Go head... I'm glad you're happy."

Check out the comments at the 9:00 mark in the clip below.

Leakes announced her return on Instagram with a few snapshots that included her posing with peaches.

It looks like Leakes has responded to Williams and her comments with yet another photo of her and a peach.

"Chile you know I LIVE for a shady moment but I really wanna take this time to thank everybody that showed me so much love...," Leakes wrote. "The text messages, emails, phone calls and comments were like WOW! Thanks to my team who worked tirelessly behind the scenes to make this happen! This to Bravo and True Entertainment! Love you all... #RHOA"

It will be interesting to see how she fits in with the other ladies this season. Her good friend, on and off the show, Cynthia Bailey, is reportedly not returning this year.

Although it might seem like she was Leakes' only ally, it looks like she's been getting closer to Kenya Moore and Kandi Burruss during her time off the show.

Meanwhile, Williams didn't have too many friends on the show after the reunion special aired.

The Real Housewives of Atlanta returns this fall on Bravo. Keep up with Enstars for the latest. 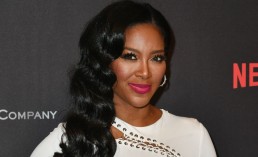 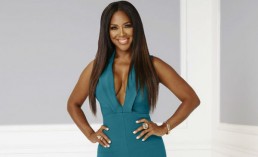 'Real Housewives Of Atlanta' Season 9: Kenya Moore Confirms She Married 'The Love Of Her Life' [VIDEO]