While Angela Simmons is slated to show her relationship on the upcoming season of WeTV's Growing Up Hip Hop, she might have reached her breaking point with Sutton Tennyson and called it quits.

And her Instagram page could have confirmed the news.

She shared a cryptic message Sunday that reads, "And she finally gave up, dropped the fake smile as a tear ran down her cheek and she whispered to herself 'I can't do this anymore.'"

She went on to add a lengthy caption.

"If you every find yourself fake smiling… walk away… life is too short for fake smiles. And hidden tears… it's so important to stay around people who keep you uplifted and happy. You have to get to a place where you stop placing the blame. We only get what we allow. If someone is loving you the wrong way… Guess what? You allowed it," she wrote. "So what in you allowed someone to love you wrong??? What could keep someone in a situation that just isn't right?? The answer is not fully loving yourself the right way. When we love ourselves we take no crap from NOBODY! Love yourself first!"

Interestingly enough, she has shared a couple of photos of herself not wearing her engagement ring. See one of them on her Instagram page here.

Simmons stirred up lots of controversy when it came out that she was dating Tennyson. He was said to have had a criminal background which seemed to be a head scratching combination with her good girl image she worked to uphold. Things seemed to get messier when she announced she was pregnant after maintaining her celibacy. The two seemed to have rocky moments but it's possible they have decided to go their separate ways for good. 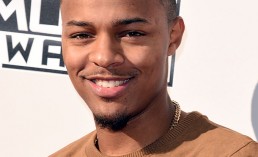 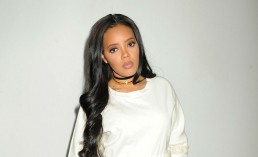