Kourtney Kardashian is doing her best to juggle her co-parenting relationship with Scott Disick with her new romance with model Younes Bendjima.

According to a recent clip shared by TMZ, Kardashian is willing to allow Disick to remain in their kids' lives if he agrees to party less and respect her decision to "bang other dudes," specifically Younes Bendjima.

As fans may have noticed, Disick has been partying extremely hard in recent months and engaging in what appears to be numerous flings with several women and Kardashian is understandably concerned. That said, that hasn't stopped the 38-year-old mother of three from spending time with her new man when she isn't tending to her mommy duties with Mason, Penelope, and Reign.

Several weeks ago, an insider suggeted that Kardashian was treading lightly with her new relationship due to Disick's worrisome behavior.

“Younes [Bendjima] has been begging Kourtney [Kardashian] to come meet him in Europe for a long romantic weekend. She’s dying to see him again, but she’s decided not to go and it’s all because of Scott [Disick]. She can’t deal with the fallout right now — not after the hell he put her through over her last trip," a source told Hollywood Life at the time.

"It’s beyond unfair, but Kourtney’s stuck worrying about how her life is going to impact Scott. She’s basically afraid to set him off," the insider added.

As for how Bendjima was handling the drama between the former couple, another Hollywood Life source explained, "He’s super supportive when it comes to all the drama. He is totally a shoulder to cry on for Kourtney and is always there to listen."

For more of Kourtney Kardashian and Scott Disick, check out the clip below. 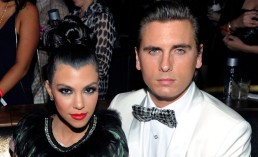 Kourtney Kardashian Boyfriend: She Moves On From Scott Disick [VIDEO] 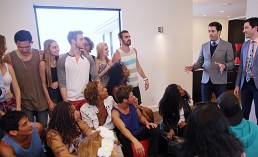