Ben Affleck just celebrated his birthday but he spent this special day with his ex-wife Jennifer Garner and his three children. As the actor flashed a very rare smile while making his way to the restaurant, people were looking for his rumored girlfriend Lindsay Shookus.

In his 45th birthday celebration, Mail Online claimed that Affleck was spotted arriving solo for a dinner at a fancy eatery in Los Angeles. But not long after that, he was joined by his three kids with Jennifer Garner and Shookus was not in sight.

Even if the actor was spotted flashing a rare smile on his special day, some insiders claimed that he looked happy to be spending the day with his children. The "Batman" actor was just wearing jeans plus a T-shirt as he made his way at the famous Barton G restaurant in West Hollywood last Tuesday.

Affleck's ex-wife, Jennifer Garner was then seen grabbing and holding a cake box earlier in Brentwood and people presumed that this was for her ex-husband. With this, some reports were claiming that the ex-couple was doing everything in order to keep all things very civil for the sake of their three children. Despite the split and Affleck's developing relationship with Shookus, the family still spend a bit of time together.

After the said dinner, Affleck was already spotted leaving the restaurant all by himself with a box perhaps stuffed with gifts. As he left, he went straight to his car just to make a quick exit but his children and Garner who were with him in the celebration were not spotted. With this, there was no conclusive report if Garner was also there to celebrate with them.

But last Sunday, PEOPLE reported that Garner spent the day with her estranged husband Affleck together with their three children. The family was spotted grabbing some frozen yogurt and pizza in Brentwood and seemed to have enjoyed the day.

Following their split last 2015, Garner finally filed for divorce last April after their 11 years of marriage. Meanwhile, Affleck has been making headlines because of his romantic relationship with Shookus. 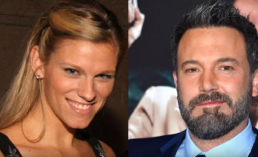 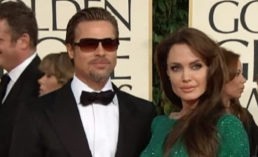 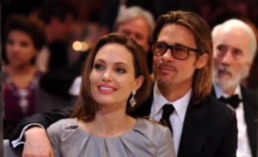