Cameran Eubanks is still pregnant but already, as the Southern Charm star prepares for her upcoming due date, she's been dealing with massive amounts of pressure to breastfeed.

In response to the ongoing comments from fans, the reality star released a “PSA” on Instagram and fired back at the pre-shaming she's received in regard to her decisions for her baby.

“Ya’ll are about to drive me to drink,” Eubanks began in the video, according to a report by Us Weekly magazine on September 18. “If I get one more message asking me if I plan on breast-feeding my child, I’m going to delete my Instagram account forever.”

While Eubanks said that she “of course” plans to nurse her child, she also said that if she had trouble doing so, she wouldn't hesitate to look into other options.

“If it doesn’t work, I will then pump. And if the pumping doesn’t work then I will happily stick a bottle of formula in my baby’s mouth and she will turn out fine,” she continued. “If the formula doesn’t work then I will go to Chik-Fil-A and get a No. 3 value sized, put that in a blender and spoon feed her. And I’m fairly certain she’s going to like that ‘cause it’s the only thing she’s been eating for the past nine months anyway.”

In response to her post, several commenters agreed with Eubanks about the pressures put on today's moms.

“Thank you! Sooo much pressure on mommies these days and breastfeeding is freaking hard! No one's business!"

Eubanks and Wimberly confirmed she was expecting their first child this past April. 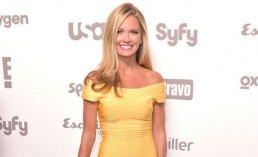 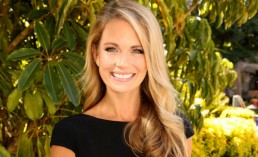