In an unfortunate incident, rocker Marilyn Manson has been injured as a prop came crashing down on him during a concert in New York reported Fox News.The prop was a part of the stage set and it looked like a pair of handguns. Manson lay on the ground for several minutes and then the emergency workers on stage got him on a stretcher and took him to the hospital.The singer was performing "Sweet Dreams(Are Made of This)"when the incident took place.The workers who were helping Manson screamed out ice ice!

Earlier at Manson's show in Pittsburgh, the rocker reportedly tumbled off the stage and then managed to pull himself back on stage and said that his ankle was broken. He apparently called his tour manager a "fascist," after that.

The 48-year-old metal legend is a very popular star and is infamous for his bold attitude and also known for all the quirky lyrics. His music is controversial and annoys a lot of people.Despite that, he has earned many fans. His outrageous outlook towards people and life has disgusted people most of the time. The antichrist rockstar had once said in an interview that "his point on earth was chaos and that he is the part in a movie where it rains and the person you don't want to die dies."

The singer had a very difficult childhood and so he became lonely while growing up. He was apparently molested by his neighbor and had to struggle emotionally and physically That is when he started writing songs. After toiling hard he was eventually able to launch his career in music.He took the stage name "Marilyn Manson" when he began performing. Not just his songs but his bizarre sense of dressing has also shocked people most of the time.

Check out the video from Rock and Rollin': 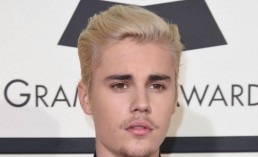