Chip and Joanna Gaines told their fans that they were leaving their HGTV series behind because they “need to take a breath.” However, according to a new report, the end of Fixer Upper was prompted by an alleged money struggle.

According to a new report, Scripps, the company behind HGTV, signed the couple to “horrible contracts” and because of that, the Gaines family reportedly decided to end their time on the network in lieu of a potential series with the Discovery Channel.

“Many years ago, when Scripps, which also owns Food Network, signed Rachael Ray, they didn’t think about Rachael starting a magazine, launching product lines, getting endorsement deals and her books selling millions of copies," a network insider explained to Page Six on October 9. “And so while Food Network turned Rachael Ray into a star, she made tens of millions and Scripps got none of it. After Rachael, they made sure no talent deal would ever put them in that situation again. Since the Gaineses were relatively unknown when they started, they signed the general Scripps talent contract.”

“Scripps talent contracts are very restrictive. The talent can’t do anything without their approval — any appearance, any publicity, any endorsement, any product — you have to ask them for permission. It is awful. And on top of that, Scripps takes a big percentage of everything you make — books, appearances, endorsements, products. If you make money, they take most of the money,” the insider added.

Fixer Upper began airing in May 2013 and in the years that followed, it became one of the highest-rated shows in HGTV’s history.

“As Chip and Joanna grew more famous and popular over the years, the HGTV conceded to a few changes to their contract — like not taking a percentage of their Target collection — but they still wanted the Gaineses to shoot long days, promote the show and just work their butts off," the insider explained. “So they are using this end of their contract as a total renegotiation to get the deal they really want: more money, less work, more control."

HGTV has denied the report. 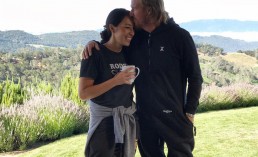 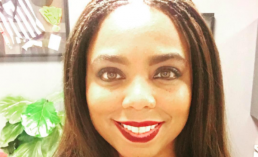