It's been close to two months since Taylor Swift fans got a taste of her highly anticipated upcoming album, Reputation, and after taking the internet by storm with her first single, "Look What You Made Me Do" and the subsequent "Ready For It," T-Swift is back with a brand new single, "Gorgeous."

Swift treated fans to a series of sneak peeks of the song on social media on Thursday, Oct. 19, and later released the track on iTunes and Spotify at midnight.

The song starts off with a child reciting the name of the song before the electronic beats take over and talks about how love-struck she is, which has led to speculation that her current boyfriend, Joe Alwyn, is the inspiration behind the catchy song.

"You're so gorgeous/ I can't say anything to your face/ 'Cause look at your face/ And I'm so furious/ At you for making me feel this way/ But what can I say?/ You're gorgeous," read the lyrics of the chorus, as quoted by People.

It's important to point out that in the song, the Grammy winner also gushes about a guy with "ocean blue eyes," which is the color of the British actor's eyes.

"Ocean blue eyes looking in mine/ I feel like I might sink and drown and die," she sings. Later on, she adds, "You make me so happy it turns back to sad/ There's nothing I hate more than what I can't have."

Swift, 27, and Alwyn, 26, have reportedly been dating since last year but the couple made their first public appearance together in June this year. T-Swift was previously romantically involved with Thor actor Tom Hiddleston.

The singer's latest release comes slightly over a month after she released the single "Ready For It," the follow-up to her record-breaking smash hit, "Look What You Made Me Do," which came out in August and made its debut at the 2017 MTV Video Music Awards.

Swift has maintained a low profile this year and is devoting most of her time to her fans. Last month, she held private "secret session" listening parties for fans in London and also at her residence in Rhode Island. She also surprised one of her superfans with a home visit with Alwyn's younger brother, Patrick, in tow, as Billboard pointed out. Moreover, she also announced that she will be launching her own lifestyle app, The Swift Life, later this year.

"Gorgeous" is produced by Shellback and Max Martin and is the third release from Swift's upcoming sixth studio set, Reputation, which is slated to arrive on Nov. 10.

Check out the lyric video of "Gorgeous" below: 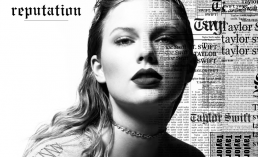 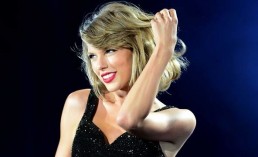 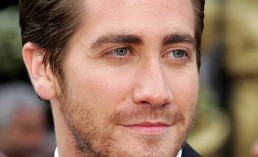