According to a new report, Jenner is completely supportive of her boyfriend's career but when it comes to his team, the Los Angeles Clippers, taking on her team, the Lakers, she's a Lakers fan through and through.

“Everything is really cool with them both and they are really interested in being together,” a source close to Jenner told Hollywood Life on Oct. 25. “They continue to have fun and want to hang out at all times and be together and make the relationship a success. The one thing that upsets him though about her is that she is a Lakers fan and he can’t change that. It's not going to be a deal breaker for their relationship. But it is a little bit of a slap in the face for Blake, since he obviously plays for the Los Angeles Clippers.”

Although the Kardashians and Jenners have been accused of being a curse for basketball players, including Lamar Odom and James Harden, in the past, Griffin isn't afraid of the rumors and feels that his relationship will not have any impact on his career.

“Blake is convinced he will break any Jenner jinx with his girlfriend Kendall. Blake is well aware that many Kardashian men, like Kris Humphries, Lamar Odom and Scott Disick have had their share of troubles over the years which may or may not have been caused by the famous women in their life. But Blake is convinced of the opposite,” a source close to Griffin explained to Hollywood Life.

“After posting solid numbers with Kendall sitting court side during his opening game of the season, he feels like she is his good luck charm. Blake is not worried about becoming another cautionary tale from a family that has been described as black widows who devour the men. Nope, Blake is eager to play his best season ever and have Kendall sit court side for the entire time,” the insider added.

Jenner and Griffin first sparked rumors of a romance in early August. Since then, they have been continuously spending time with one another in Los Angeles and New York City. 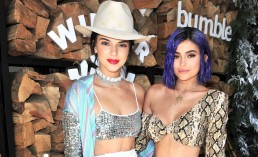 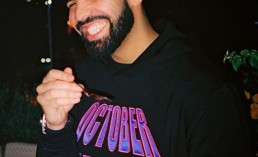