Kevin Spacey was recently accused of sexually harassing actor, Anthony Rapp, back in 1986, when the latter was just 14 years old. The Rent star alleged that Kevin was drunk and made a 'sexual advance' towards him. Spacey issued an apology to Rapp, stating he did not remember the incident but also decided to use the platform to publicly come out as gay. Spacey received backlash for his 'apology', with many stating that his decision to speak on his sexual orientation was in poor taste and bad timing.

Now, more men have come forward to implicate the star of sexual misconduct.

Filmmaker Tony Montana alleges that Spacey 'forcefully' groped him back in 2003. Montana elaborated further that Spacey followed him into the bathroom and the encounter left him with PTSD for six months.

"I went up to order a drink and Kevin came up to me and put his arm around me. He was telling me to come with him, to leave the bar. He put his hand on my crotch forcefully and grabbed my whole package," Montana recalled.

"It seems the only requirement was to be a male under the age of 30 for Mr Spacey to feel free to touch us," Cavazos wrote on his Facebook post.

In addition, two other men, who have chosen to remain anonymous, also profess that Spacey inappropriately behaved with each of them. One stated that he was 17 years old when Spacey sexually harassed him in the 1980's and the other claims that Spacey exposed himself to him and tried to get the [then 19-year-old] to touch him.

The Academy Award-winning actor has yet to respond back to the latest allegations brought against him; however, it has been reported that the original Netflix show, House of Cards, will end after it's sixth season in light of the current allegations.

Spacey's career began in the 1980's after performing in several theaters production such as Long Day's Journey Into Night, Lost in Yonkers, and The Misanthrope. He later transitioned into film and starred in numerous, critically-acclaimed films, such as Seven, The Usual Suspects, and American Beauty. The latter two earned him two Academy Awards for Best Actor.

Spacey has never married and does not have any children.

Spacey now joins Film producer, Harvey Weinstein, Director James Toback, and Comedian Andy Dick who have all been named 'sexual predators' after a plethora of women has cited them as their attackers. The allegations began after an expose article was written about Weinstein, back in September. 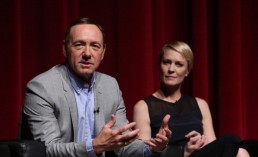 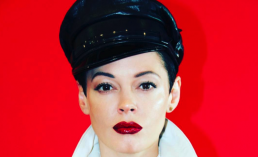