Kevin Spacey has come out as a gay man and issued an apology to Anthony Rapp just hours after he alleged that the House of Cards actor made sexual advances towards him three decades ago.

In an interview with BuzzFeed, Rapp claimed that in 1986, Spacey tried to get with him to have sex with him while the pair was working in Broadway. While Rapp starred alongside Ed Harris in the production, Precious Sons, Spacey feature in Long Day's Journey Into Night with Jack Lemmon.

The Star Trek: Discovery actor alleged that Spacey, then 26, invited Rapp, then 14, over to his apartment, where the two of them spent the better part of the evening watching TV, and towards the end of the night, Spacey picked him up "like a groom picks up the bride over the threshold" and climbed on top of him.

"He was trying to seduce me," Rapp said. "I don't know if I would have used that language. But I was aware that he was trying to get with me sexually."

Rapp, 46, said he felt the need to come forward with his story after multiple women broke their silence with allegations of sexual harassment and misconduct against Hollywood producer Harvey Weinstein. Hours after Rapp's allegations came to light, Spacey, 58, took to social media to issue a formal apology to the actor for his misconduct and also came out as gay in his lengthy statement.

Spacey started off by saying that he considers Rapp as an admirable actor and has a lot of respect for him but failed to remember the incident since it took place more than 30 years ago.

"But if I did behave as he describes, I owe him the sincerest apology for what would have been deeply inappropriate drunken behavior, and I am sorry for the feelings he describes having carried with him all these years," he wrote.

This isn't the first time a man has accused Spacey of making sexual advances towards them. A Defamer post, published in 2015, sparked speculation that the veteran actor was gay, as we previously reported.

In the post, an anonymous reader recounted an encounter with the actor in the late 90s at the Burke Williams Day Spa in Santa Monica. The reader said that Spacey tried to make sexual advances towards him inside a sauna by rubbing his crotch through his towel and "accidentally" brush his leg against the reader's. 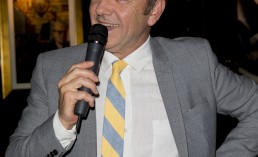