Rush Hour 4 was in talks to be in the works once the film's leading star, Chris Tucker, signed on to do it. Now it looks like that may not happen. Rush Hour director, Brett Ratner, has been accused of sexually harassing six women. Two of the women who have named Ratner as their attacker are actresses, Olivia Munn and Natasha Henstridge.

Brett Ratner was one of Hollywood's biggest director and producer, with at least 50 films under his belt. He is the co-owner of RatPac-DuneEntertainment, a high-profile financial company that was in a contractual deal with Warner Bros. Studios. However, amid the recent allegations against him, Warner Bros' Studios has decided to cut ties with the director and his company.

"In light of the allegations being made, I am choosing to personally step away from all Warner Bros.- related activities. I don't want to have any possible negative impact to the studio until these personal issues are resolved," Ratner said in official statement.

Though Ratner has at least six women accusing him of sexual misconduct, the director has denied all claims through his attorney and is now suing one of the alleged victims, Melanie Kohler.

Kohler reports that Ratner raped her ten years ago and implicates he 'preyed over her and forced himself' on her.

Actress Olivia Munn recalled that Ratner exposed himself to her when she was asked to deliver food to his trailer.

Natasha Henstridge alleged that Ratner forced her to perform oral sex on her in 1999 after backing her into a corner in his New York City apartment.

Ratner was also the director for X-Men: The Last Stand and After the Sunset. He was the producer for Horrible Bosses 1 & 2 and the Academy-Award winning film, The Revenant. The director was in talks to produce a biopic of the late Hugh Hefner's life, but reportedly the plans to move forward with the movie have been halted.

"We are deeply troubled to learn about the accusations against Brett Ratner. We find this kind of behavior completely unacceptable. We are putting all further development of our projects with RatPac Entertainment on hold until we are able to review the situation further," a spokesperson for Playboy Enterprises stated.

In addition to Ratner, actors Kevin Spacey and Dustin Hoffman have also been accused of sexually harassing men and women. Spacey is reportedly seeking professional help and Hoffman has issued an apology to the woman who accused him. 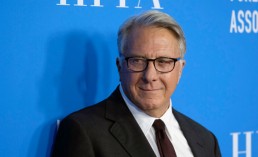 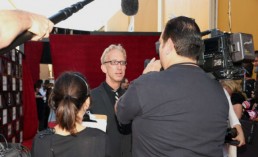