Just when it seemed as if Lamar Odom was getting back on track, he seemed to have had a setback when he fainted in a nightclub over the weekend. Now, one of his representatives has spoken out about the moment.

The rep spoke out for Odom and explained why he lost consciousness. This comes roughly two years after Odom faced a nearly fatal condition and was found unresponsive in a Nevada brothel.

“Lamar is doing well,” the rep said. “He was dehydrated and had been in an intense workout earlier. It was also very hot in the club.”

Footage of Odom losing consciousness also made its way around the internet. He has yet to speak on the matter publicly.

It’s no secret that Odom has faced lots of struggles with alcohol and drug abuse. He went on a binder in October 2015. The only time the public and fans found out about it is when he was rushed to the hospital after being discovered unconscious. Fans might remember he went through an intense moment in which he was in a coma for weeks. There was speculation that he might not make it. His then-wife, Khloe Kardashian, rushed to be by his side despite the differences they had. Fans also saw her attempt to nurse him back to health on a previous season of Keeping Up With The Kardashians on E!. Still, when he was strong enough to be on his own, Kardashian went through with the divorce and Odom seemed to go his own way successfully.

One of his latest sit-down interviews was with none other than Wendy Williams in which he detailed his addictions and how he has recovered. He also spoke of his past with Kardashian and said he believes it is best if they stay apart and don’t attempt to get back together anytime soon – or at all for that matter. He spoke about his whirlwind romance and downfall from being a popular player for the Los Angeles Lakers to him and Kardashian having their own spin-off Khloe & Lamar. The two also released a fragrance together during their happier times.

Odom insisted that he won’t be battling with drugs anymore.

See the full interview from June.

Be sure to keep up with Enstars for the latest news on your favorite celebrities and reality stars. 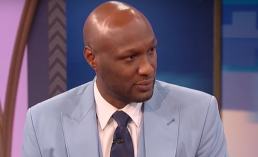 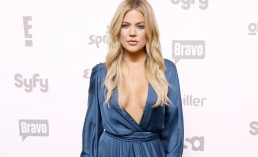 'Keeping Up With The Kardashians' Season 13: Tristan Thompson Wants 'Five or Six' Kids With Khloe? [VIDEO] 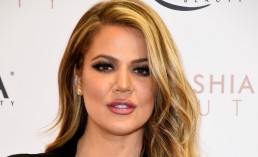