Veterans Day is observed on Nov. 11 every year in America and is celebrated to honor military veterans who served in the U.S. Armed Forces.

With many spending the day in the comfort of home, we've put together a list of some of the best war-centric titles currently available on Netflix for your viewing pleasure. Check them out below:

The War is a seven-part television documentary series by Ken Burns that took six years to make. The mini-series chronicles the impact of World War II from an American perspective and recounts the experiences of people from four American towns: Waterbury (Connecticut), Mobile (Alabama), Sacramento (California), and Luverne (Minnesota) and the life-altering effects of the war on them, their families, and their communities.

This 1962 black-and-white war film, based on Cornelius Ryan's book of the same name, is about the D-Day landings at Normandy on June 6, 1944, during World War II. The Oscar-winning film has a star-studded cast including John Wayne, Robert Mitchum, Richard Burton, Steve Forrest, Sean Connery, Henry Fonda, Peter Lawford, Eddie Albert, Jeffrey Hunter, Stuart Whitman, and Rod Steiger, among others.

This film, directed by Fernando Coimbra and written by Chris Roessner, features Nicholas Hoult as Matt Ocre, a young soldier in the U.S. Army who is tasked with restoring water to a village in Iraq. The feature, inspired by the true events and experiences that transpired in Roessner's life during the Iraq War, also stars Henry Cavill, Logan Marshall Green, Tommy Flanagan, Glen Powell, Beau Knapp, and Neil Brown Jr. The film was released in April on Netflix.

Black Hawk Down is a 2001 film directed by Ridley Scott and is inspired by Mark Bowden's nonfiction book of the same name. The film is based on the U.S. military's raid in Mogadishu in 1993, which was aimed at capturing faction leader Mohamed Farrah Aidid but things didn't go as planned and the soldiers found themselves engaged in a firefight with Somali militiamen. The event came to be known as the Battle of Mogadishu. 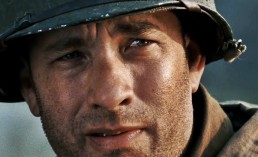 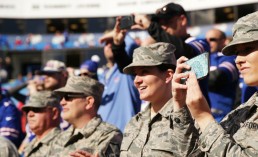 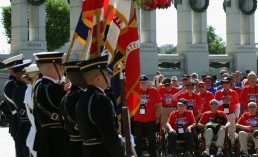