Brad Pitt and Angelina Jolie may have parted ways years ago but when it comes to the possibility of moving on, Jolie may not be ready to see Pitt with someone new.

Following rumors of a new romance brewing between Pitt and 21-year-old Ella Purnell, a British actress, a report claims Jolie is highly upset about the possible coupling.

“Angelina’s heard the buzz about him being interested in this actress and it’s not sitting well with her,” a source told Hollywood Life on October 19. “The girl is so young, she’s barely in her twenties for heaven’s sake. She’s been assured by a number of people that there’s nothing to the rumors but it’s still got her pretty upset. The age gap is the biggest factor. She’d be incredibly disappointed in Brad if he went down that road.”

Jolie and Pitt got married in August 2014 and parted ways last September after welcoming three biological children, including 11-year-old Shiloh and nine-year-old twins Vivienne and Knox, and adopting three others, including 16-year-old Maddox, 13-year-old Pax, and 12-year-old Zahara.

While Pitt and Purnell have stayed mum on the allegations of a romance, they will soon be seen together as they begin production on his new Starz show Sweetbitter.

“He’s so enchanted,” an insider told In Touch Weekly magazine earlier this week. “Brad had Ella in mind from the get-go. He went out of his way to cast her. Ella is incredibly flattered by all the attention she’s getting from Brad. She’s told friends he’s always been her No. 1 celebrity crush.”

To hear more about Brad Pitt and Angelina Jolie's split, check out the clip below. 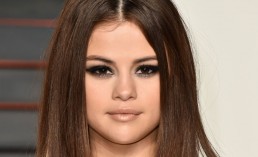 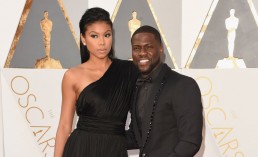