Since her debut in Malcolm D. Lee’s Girls Trip, Tiffany Haddish has been making fans cackle with her side-splitting stories. While visiting Ellen DeGeneres' talk show on Monday, Haddish told the talk show host about her recent bump-in with the iconic Barbra Streisand and how Taylor Swift can throw down in the kitchen.

Barbara Streisand And Cardi B

“I had informed her about Cardi B., you know how she transformed her whole life and is a role model to children and how we have to be role models to show young girls how you can empower yourself and be whatever you want in life, and she was like, “Who is Cardi B?” And I was like, what, you don’t know,” Haddish relayed.

She explained they got on the topic of the former Love And Hip Hop reality star while having dinner at Hollywood executive and talent agent Ron Meyer’s house. The California actress also revealed that she rapped a verse from Cardi’s hit record and the “I Finally Found Someone” said the song was “catchy.” Haddish then noted that Taylor Swift approached her on the set of Saturday Night Live when Haddish hosted the show. Haddish took her up on her offer but under the condition that the Tennessee musician cooks her some “barbecue chicken, potato salad, and brisket.”

“First off, Taylor can cook. Ok? She can cook. Like, the chicken was bomb, all right? And she made cornbread. Bomb! So good,” Haddish raved to Ellen. Haddish brought collard greens to their meetup and Swift complimented her on them. Haddish told the audience that the reason why her greens were so good was that when she plants, washes and cooks them, she “smiles.” “They’re joyful greens,” the South Central comedienne told viewers.

Afterward, the two spoke about Haddish's upbringing in the foster care system and if she's moved from her old neighborhood since she's garnered overnight success. Haddish shared that she still lives in the same place and can now make monthly payments. She continued to tell Ellen that when she was younger she dreamed of appearing on Ellen's sitcom show that was featured on the American Broadcasting Company channel. Unfortunately, the show ended in 1998 before Haddish became a celebrity. Thankfully, her dreams were given another chance. 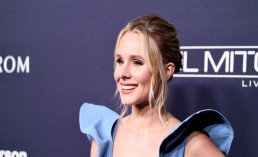 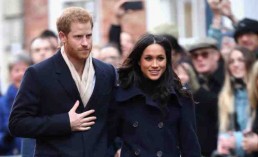