Months after the death of Linkin Park frontman Chester Bennington, additional details have been revealed about his suicide thanks to the autopsy and toxicology results.

Bennington's autopsy and toxicology reports found "a trace amount" of alcohol in the singer's system at the time of his death. The autopsy results seem to be in line with the items found by investigators in Bennington's bedroom, where he committed suicide.

These items include a pint glass of Corona beer, an empty bottle of Stella Artois beer, in addition to a prescription bottle of Zolpidem, a generic equivalent of the sedative, Ambien. Authorities also came across a handwritten biography but no suicide note was found at the scene.

There were earlier reports claiming that Bennington's blood also contained traces of MDMA, which is commonly known as ecstasy. However, more recent reports have confirmed that two subsequent tests carried out after he tested "presumptive positive" for the recreational drug, invalidated that claim.

The autopsy concluded that the musician was not using drugs when he died and that the autopsy results were consistent with the findings of the investigators that Bennington's cause of death was suicide by hanging.

Bennington committed suicide by hanging himself on July 20 at the age of 41. However, the singer's wife, Talinda, told authorities that this wasn't the first time the rocker attempted to kill himself.

She noted that the singer attempted suicide on more than one occasion in the past, including once when he fled his home with a gun in an inebriated state after a heavy night of drinking in 2006.

Police also found fingernail fragments under his iPhone and on a bedside table, which Talinda said was something he did when he was anxious about something. She also pointed out that her husband of 12 years was recently undergoing an outpatient treatment program and stopped taking antidepressants for a year.

Struggles With Depression And Alcohol

Bennington struggled with depression and alcoholism for several years. The musician's friends revealed that he was finding it difficult to remain sober over the last year or so.

Nearly a month before his demise, the singer told his close friend, musician Ryan Shuck, that he had been sober for only half a year and after Shuck shared his struggles with alcohol with Bennington, the Linkin Park frontman offered his support via text messages.

Shuck also said that he was aware of the fact that Bennington was drinking at the time of his death.

"We don't know how much [he drank], but it doesn't take much when you're that advanced an alcoholic and an addict and you're battling to the extent he described to me," he said. "You don't need much to lose your mind for a minute." 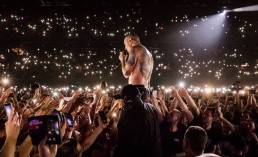 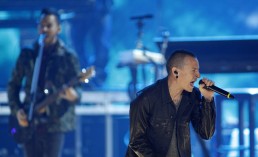 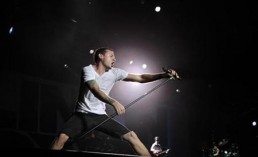