Tyra Banks has switched talent agencies. After a lengthy relationship with William Morris Endeavor, the television personality has signed with its rival, United Talent Agency.

Banks' transition from William Morris Endeavor to United Talent Agency happened after a significant year for the fashion entrepreneur. Banks served as an advisor to former California Governor Arnold Schwarzenegger when he took over NBC's The Celebrity Apprentice from President Trump.

Breakup And Other Ventures

The only problem that Banks faced throughout 2017 was her high profile and amicable breakup with Erik Asla. Asla is a photographer that has numerous high profile clients including Marie Claire and The New York Times.

Banks met the 51-years-old photographer when she was a guest judge on the Norwegian version of America's Next Top Model. Asla is involved with filming the opening credits for the upcoming cycle of America's Next Top Model, which Banks is expected to return as its host and judge. The show is expected to air its latest cycle on VH1 starting January 2018. The former couple shares a 1-year-old son named York Banks Asla.

When Banks is not filming America's Got Talent or America's Next Top Model, Banks has numerous entrepreneurial ventures that range from cosmetics such as Tyra Beauty to a production company called The Tyra Banks Company.

Furthermore, Banks is a strong supporter of higher education as she graduated from Harvard Business School with a certificate for completing the university's Executive Education Training Program. She is also expected to return to Stanford University's Graduate School of Business, where Banks guest lectures about personal branding. 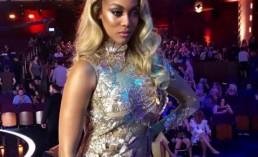 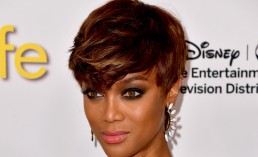 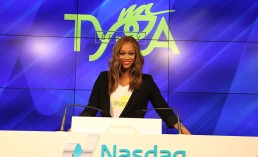