Eight remaining artists faced the ultimate test in The Voice Season 13. Only four artists will face off in the finale next week for a recording contract.

Adam Cunningham struggled during the first two live shows of the season as he had to sing for the Instant Save for two weeks in the row. The resident Team Adam country artist performed Lonestar's "I'm Already There."

Cunningham stated in the pre-performance package that he wanted the audience to feel something. While only four will go through to the Season 13 finale, his perseverance showcased that he does a bright future in the recording industry. He received the first four coach standing ovation of the evening.

While there were too much strobe light effects, the duo's vocals complemented each other. Both of their coaches gave them a standing ovation.

Davon Fleming earned the Instant Save last week after tearing up the stage with Aretha Franklin's "Ain't No Way." He performed John Mayer's "Gravity" for a spot in the Season 13 finale. Fleming's voice would remind anyone of Luther Vandross' rich velvet vocals.

He is one of the season's most gifted vocalists and it would be very uncanny to see a Season 13 without him. Fleming received the second four coach standing ovation of the evening.

Stevens won his season but fizzled too quickly. Just like Stevens, Marlow has a strong fan base but at the same time, would anyone buy a Red Marlow record if he won Season 13?

Team Jennifer's Davon Fleming and Team Miley's Brooke Simpson collaborated on The Weeknd's "Earned It." They described themselves as the pop-soul version of Marvin Gaye and Tammi Terrell.

The duo was surrounded by a circle of red-cloaked violinists and they sang The Weeknd's 'Earned It." Brooke and Davon gave the audience a massive piece of red velvet cake-flavored ear candy that every audience member devoured.

Keisha Renae: 'What Hurts the Most'

Los Angeles country singer Keisha Renae tackled Rascal Flatts' "What Hurts the Most." Renae has a strong voice that will take her very far in the country music world.

However, many viewers might not have liked her interpretation of the song. This song could cost her a spot in the Season 13 finale. Only Shelton and Hudson gave her a standing ovation.

Cunningham and Marlow returned to the stage to perform The Marshall Tucker Band's "Can't You See." Both men are excellent performers but at the same time, they lost their audience by not performing a song that the whole crowd loved. However, all four coaches gave them a standing ovation.

Chloe Kohanski: 'I Want to Know What Love Is'

Chloe Kohanski has dominated the season with her epic performances of "Call Me" and "Landslide." For her semifinal song, Kohanski tackled Foreigner's "I Want to Know What Love Is."

She reminded viewers of a young Stevie Nicks and a young Pat Benatar. With her husky vocals, Kohanski grabbed the viewers by the heartstrings and delivered a performance that cemented her place in the Season 13 finale.

The last competitive duet of the evening was Addison Agen and Renae's interpretation of Sheryl Crow's "Strong Enough." Both Agen and Renae delivered beautiful vocals and their voices blended very well together.

For his Top 8 performance, Noah Mac went back to his Blind Auditions roots with Bishop Briggs' "River." While Mac should have sung a track that the audience would have known, he captured the attention of the Universal Studios Hollywood soundstage audience. He delivered a show-stopping performance that would make the viewers remember his name.

Adam Levine challenged Addison to transcend Joni Mitchell's "Both Sides Now." Agen was surrounded by an orchestra when she performed one of Mitchell's iconic songs.

While the background ballerinas were a major distraction, Simpson's vocals rocked the Universal Studios Hollywood soundstage. The audience was instantly transported to another level of excellence.

On Tuesday night, The Voice Season 13 Final 4 will be revealed and an all-star group of performers including Jennifer Hudson, X Ambassadors, Machine Gun Kelly, and Bebe Rexha will take the stage. 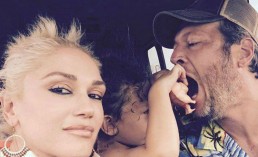 What Does Gwen Stefani Find 'Sexy' About Boyfriend Blake Shelton? 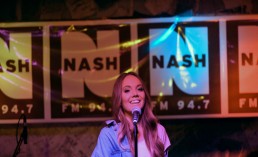 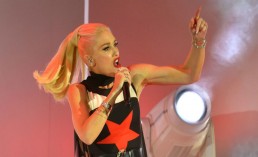