Netflix and DreamWorks are teaming up to add new content to the streaming platform in 2018, the companies said in a statement on Dec. 12.

The result of this new partnership will be six new original animated shows that will be available on Netflix next year, including a Boss Baby adaptation and a She-Ra reboot. Here are the details on each series:

Trolls: The Beat Goes On

This Netflix original will be the first to arrive on the streaming service next year and will follow the events of the 2016 animated musical film, Trolls. Matthew Beans will serve as executive producer on the series, which is slated to premiere on Jan. 19, 2018.

Pitch Perfect actor Skylar Astin and voice actress Amanda Leighton, whose credits include The Powerpuff Girls, will lend their voices for the show's main characters of Branch and Poppy respectively.

Netflix and DreamWorks also announced a modern-day reboot of the animated classic, She-Ra, with Eisner Award-winning writer and artist Noelle Stevenson running the show. The original show based on the titular warrior princess and He-Man's twin sister, debuted in the 1980s as a spinoff of He-Man and The Masters Of The Universe.

The Boss Baby: Back In Business

The small screen adaptation of the 2017 hit Boss Baby will follow the suit-wearing, briefcase-carrying Boss Baby as he continues to maintain a balance between work and being a baby with the help of his 7-year-old brother, Tim. Brandon Sawyer, who won an Emmy for the animated comedy, Penguins of Madagascar in 2008, will executive produce the series.

Harvey Street Kids is an all-new original series from executive producer Brendan Hay and supervising producer Aliki Theofilopoulos. The show revolves around three best friends; Audrey, Lotta, and Dot, who are the street's self-proclaimed guardians in charge of a magical street where the fun never ends.

The Epic Tales Of Captain Underpants

Adapted from the books authored by Dav Pilkey, the show follows the misadventures of two best friends; George Beard and Harold Hutchins, who bonded over "their love of pranking, comic books and being the thorns in Principal Krupp's side." They often find themselves involved in adventures "crazier than their outrageous comic books" as a result of their antics, which is when they call on their greatest creation, Captain Underpants.

Peabody Award and Emmy-winning executive producer Peter Hastings will be in charge of the upcoming series, which will debut on Netflix in 2018.

Trollhunters (Part 3) And 3 Below

Guillermo del Toro's third and final outing of the Emmy-winning Trollhunters series will also arrive on Netflix next year along with the second installment of the three-part Tales of Arcadia trilogy, 3 Below.

3 Below follows two royal alien teenagers and their bodyguard who find themselves in Arcadia after fleeing their native planet during an unexpected takeover by an evil mastermind. The trio tries to come to terms with life in Arcadia while being hunted by interstellar bounty hunters as they try to fix their damaged spaceship and return to their planet to defend it from the bad guys.

The final chapter of the trilogy, Wizards, is slated to premiere in 2019. 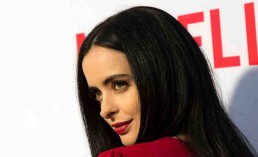 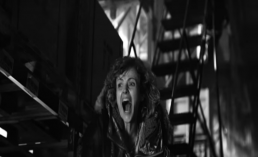 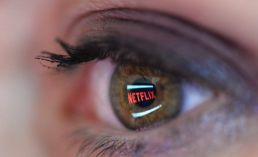