Oprah Winfrey has been a pillar of the entertainment industry for decades. She has been known as the "Queen of Daytime Talk" and the "Queen of Media."

Winfrey's ventures include being talk show host, journalist, author, actress, philanthropist, and producer. With a heartbreaking upbringing that included poverty, abuse, teenage pregnancy, and addiction, Winfrey is a living proof of what happens when one overcome struggles and strive to be better.

In 2013, Winfrey was awarded the Presidential Medal of Freedom in 2013 by then President Barack Obama and also honorary degrees from Duke and Harvard. Now, she will receive another prestigious honor for hard work and dedication to the industry she loves.

It has been announced the Winfrey will be the recipient of the Cecil B. DeMille Award at the 2018 Golden Globe Awards. The announcement was made by actor Morgan Freeman on Wednesday, Dec. 13 for the Hollywood Foreign Press Association on NBC. The honor is bestowed upon individuals who have an incredible impact in the entertainment industry.

"As a global media leader, philanthropist, producer and actress, she has created an unparalleled connection with people around the world, making her one of the most respected and admired figures today," Meher Tatna, President of the Hollywood Foreign Press Association, stated.

Meher added that this award is well-deserved, particularly during the 75th anniversary of the Golden Globes.

In addition to being the first African-American woman to receive this award, Winfrey is the fourth Black actor to ever be given this award.

Check out Enstarz for the latest in celebrity news and entertainment.

To see Freeman's announcement, watch the clip below. 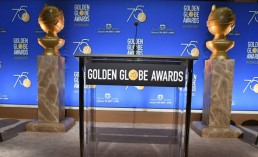 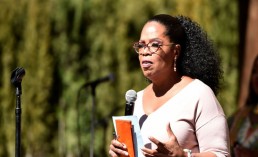 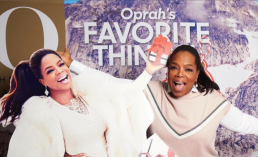