Kylie Jenner and Travis Scott may be preparing to welcome a child together in a matter of months, but according to a new report, the 20-year-old Keeping Up with the Kardashians star is feeling less than confident in their relationship.

After reportedly becoming pregnant just weeks into her romance with Scott, Jenner is said to be feeling a bit vulnerable as her due date nears.

“Kylie is feeling very vulnerable right now, between the pregnancy hormones and being so isolated all the time she’s already on edge,” a source told Hollywood Life on Dec. 23. “And then add in the drama with Travis and it’s almost too much for her to take."

As fans have seen, Jenner has steadily removed herself more and more from the public eye in the months since becoming pregnant. When it comes to paparazzi photos, there haven't been any images seen of the reality star in months. She's even been taking it easy on social media with fewer photos.

Most recently, Jenner took heat from fans for failing to appear in her family's Christmas card.

All the while, Jenner has reportedly been struggling to stay strong as she continues to face tons of unanswered questions about her boyfriend. As the Hollywood Life insider explained, Jenner's pregnancy has gotten a bit rough in recent months because Scott often tells her things and makes promises that don't add up.

"She can’t help but worry that he’s cheating on her and she’s started saying she wants him to take a lie detector test to prove he’s been faithful,” the source said.

“Kylie‘s so upset right now and you can’t blame her,” the source continued. “Travis is out partying all the time while she sits at home pregnant and alone. This strip club thing isn’t an isolated incident either, the whole situation is totally humiliating for her.”

Jenner and Scott are allegedly expecting a baby girl but have yet to address her reported pregnancy.

To see more of Kylie Jenner and her family, including her sisters Khloe, Kourtney, Kim Kardashian, and Kendall Jenner, don't miss new episodes of the 14th season of Keeping Up with the Kardashians, which begins airing on Sunday, Jan. 9 at 9 p.m. on the E! Network. 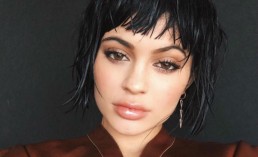 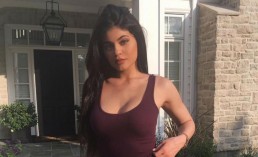 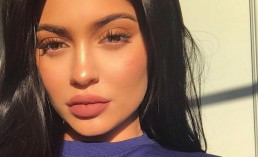