Jay-Z and Beyoncé are taking everyone to church!

On Thursday, the Brooklyn-bred rapper took to Twitter via Tidal's account to announce that a visual for his "Family Feud" track will be released Friday, Dec. 29. "Family Feud" is one of the tracks off of his latest album 4:44.

The track, as well as the rapper's 4:44 album, sparked rumors that the rapper may have cheated on Beyoncé.

In the short video clip, Jay-Z can be seen walking 5-year-old Blue Ivy down a church aisle as Beyoncé watches from the altar. Fans of the pair immediately started talking when they noticed that both artists appear to be sitting down inside a confessional booth.

Both of these scenes are spliced together along with a man and woman having a heavy lovemaking session, however, it ends with the woman stabbing her lover in the back.

New Music From The Carters

In an interview with the New York Times, the Grammy Award winner stated that the couple used 4:44 and Beyoncé's Lemonade album as therapy sessions and worked side by side on the albums.

"We were using our art almost like a therapy session. And we started making music together," Jay-Z said.

The Tidal owner also explained that the two had plans to release a joint album, but Beyoncé's Lemonade album was almost finished at the time.

"And then the music she was making at that time was further along. So, her album came out as opposed to the joint album that we were working on," the rapper added.

Despite his supposed infidelity and the 2014 elevator scuffle with Beyoncé's sister, Solange Knowles, the rap mogul recently confirmed that the couple will be releasing new music together.

As for now, the couple has been nominated for a Grammy for "Family Feud." Notably, 4:44 leads the 2018 Grammy Awards with eight nominations.

The Brooklyn native leads the hip-hop pack with nominations for Album of the Year and Best Rap Album. The 2018 nominations bring Jay-Z to a total of 71 nominations and 21 wins. Although the rap mogul always has an outstanding career, 2017 is another stellar year for Jay-Z.

Watch the video clip of Jay-Z's "Family Feud" below. 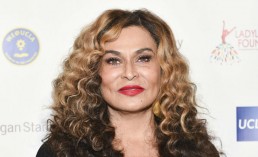 Like Father, Like Son: Ms. Tina Says Her Grandson Has The Same Facial Expression As His Dad

Jay-Z Salutes Fan Who Beat Cancer Twice, Stops Show And Brings Her On Stage During Concert 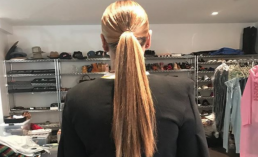