Cardi B is standing by her man once again.

The rapper and her fiancé Offset clap back at Instagram model Celina Powell's shocking allegations. The latter has claimed that she is expecting a child with Offset and it will be a girl.

News broke on Dec. 28, 2017, with Powell alleging that she is having Offset's child. Powell made the announcement on her Instagram page with a detailed post that had a picture of her ultrasound.

"Yes I am expecting & yes she's a GIRL my whole life is changing and right now it's definitely for the better. I'm not sure what the future holds but I hope @offsetyrn & I work this out for the sake of Karma Lee Cephus," wrote Powell in the now-deleted post.

The couple is not only denying Powell's accusation, however. Offset also said that Powell is using this pregnancy as an extortion plot. In fact, Offset has already begun legal action against Powell.

Notably, this isn't the first time that Offset was caught in a scandal involving another woman. A video went viral online that showed Offset cheating on Cardi B with another Instagram model.

The incident happened before the Migos member proposed to the "Bodak Yellow" rapper. Allegedly, the two broke up at that time but then, they got back together in October 2017.

Powell, on the other hand, has been known to stretch the truth in the past. At one point, she also claimed that she was pregnant with other rappers. The social media model has also been linked to Chief Keef, Fetty Wap, and O'Shea Jackson Jr.

In January 2015, she was served with a restraining order by rapper Waka Flack Flame. According to Flame, the Instagram model was apparently stalking him.

However, Powell isn't going down without a fight against Offset and Cardi B. The expecting mother responded recently to the cease and desist letter sent to her by Offset's lawyers.

"At the end of the day, I'm still going to go thru this pregnancy by myself. I wish things were different but that's exactly why my child's name is KARMA. But I'll nevaaa leave your side baby, unlike your daddy," Powell wrote in a tweet.

Check out the latest celebrity and entertainment news on Enstarz. 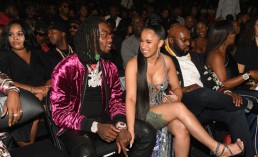 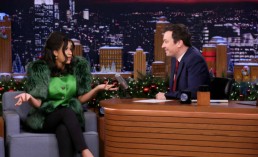 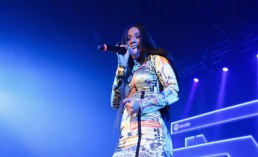