The Punisher star Jon Bernthal had some harsh words for alt-right fans of his character, Frank Castle, during a recent interview.

Bernthal, who features on the cover of Esquire's winter issue, spoke candidly about working on the Netflix series and alt-right fans of his work.

On Prepping For His Role As 'The Punisher'

Bernthal told Esquire's Stephen Rodrick that he had to do a lot of research for his role as Frank Castle a.k.a. The Punisher on the titular Netflix series, which was greenlit for a second season last month.

The Walking Dead alum revealed that he visited comic-book stores and purchased vintage copies of the series. He told the publication that he was also warned by Punisher completists not to "f-K" it up.

He said he would often put on his headphones, wear a loaded backpack and walk the streets of New York City in order to become one with the character and wouldn't even meet any of his friends while they were filming the series in the city.

"Ask people on set and they'll say I'm difficult," Bernthal told Rodrick. "But it's not about my trailer or the food; it's always about making the role make sense."

When asked about how he felt about soldiers in Iraq rocking the Marvel character's skull logo, the 41-year-old actor said he felt honored to play the role of a character that serves as an inspiration to people who put their lives on the line.

However, soldiers aren't the only ones sporting the long-fanged Punisher logo. It was also spotted on the shoulders of alt-right protesters during a white-supremacy rally in Charlottesville, Virginia in August and when this was brought to Bernthal's notice, the actor's response was a blunt and simple, "F-k them."

On His Stance On Gun Control

Given that his character has a liking for guns, Bernthal was also asked about his stance on gun control. Although the actor owns a gun himself, he is in favor of having some restrictions in place, especially after the tragic events of the Texas church shooting in November and the Las Vegas massacre in October, due to which The Punisher's debut was postponed by a month.

I have a gun in my house to keep my family safe," the actor said. "I'm trained in that gun's use. I know how to keep it away from my kids, and I know how to use it if I need to. Should there be a way that a guy with mental issues like the asshole in Texas can't get guns? Absolutely. We have to have a dialogue, and that's not happening." 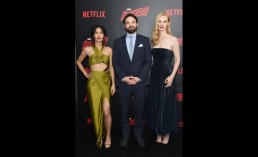 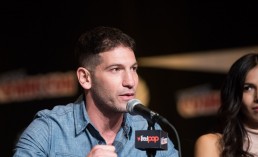 The Punisher Season 2 Confirmed: Netflix To Continue With The Marvel Series 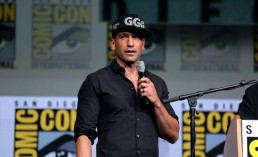 The Punisher Season 1 Review Roundup: What Critics Are Saying About This Netflix Offering