Actress Bella Thorne has opened up about a painful time from her past. The actress revealed on Sunday night during the 2018 Golden Globes that she too was sexually abused.

Thorne, best known for role on the Disney show Shake It Up and the Freeform show Famous in Love, revealed to the world on her social media page that she was a victim of abuse until the age of 14.

The young actress stated that she didn't know when the abuse began but it stopped when she "found the courage'" to put an end to it.

I was sexually abused and physically growing up from the day I can remember till I was 14..when I finally had the courage to lock my door at night and sit by it. All damn night. Waiting for someone to take advantage of my life again. Over and over I waited for it to stop and finally it did. But some of us aren't as lucky to get out alive. Please today stand up for every soul Mistreated. #timesup

The Scream actress further elaborated in a tweet that she wasn't aware her abuser was a bad person and ended the tweet with the hashtag "Time's Up." Thorne did not state who her attacker was.

Thorne received an outpouring of love and support from her fans across the globe. The actress was moved by the warm reception and made a YouTube video were she tearfully thanked everyone for their kind words.

"I'm on Twitter reading about all the people sharing sexual abuse stories with me from mine and I just want to say I'm really proud of all you guys," the actress stated.

Thorne joins a plethora of other actresses in Hollywood that have spoken out about the sexual abuse they've endured. The entertainment industry has begun making improvements to create a safer environment for all its workers. The latest anti-harassment campaign "Time's Up" has been joined by over 300 women including actresses: Oprah Winfrey, Reese Witherspoon, Kerry Washington, and television producer, Shonda Rhimes.

"Time's Up" will continue to provide a better studio environment, while also giving female workers equal pay, benefits, and opportunities as their male counterparts.

In addition, there has also been a hotline created for anyone who has suffered from any form sexual misconduct or harassment. 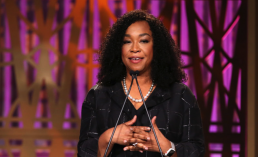 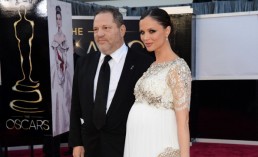 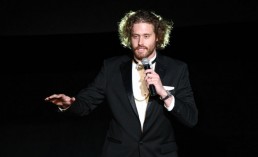