The 2018 Oscar nominations were revealed on Tuesday morning, and it looks like history could be made once again. Singer-songwriter Mary J. Blige, actor Daniel Kaluuya, and director Jordan Peele each received their first Academy Award nominations, and they are well-deserved.

Peele, Blige, and Kaluuya Could Take Home The Gold

Peele's phenomenal thriller Get Out earned the nomination for Best Picture. Get Out followed the story of a young African-American man (Kaluuya) who meets his Caucasian girlfriend's (Allison Williams) family, and things take a turn for the worse. The film received a 99 percent fresh rating on the Rotten Tomatoes site and garnered widespread critical acclaim.

Leading actor Kaluuya earned a spot in the Best Actor category for the film.

Right now I'm just thinking about everyone who bought a ticket and told someone else to. You did this. Thank you.— Jordan Peele (@JordanPeele) January 23, 2018

I just spoke to Daniel. You know when you're on the phone trying to disguise the sound of an ugly cry? I failed at that.

Blige made history as the first woman to be nominated for two categories.

The "Real Love" singer starred in the Netflix biopic Mudbound, which led her to receive a nomination for Best Supporting Actress and Best Original Song. Blige portrayed Florence Jackson in the film that was set during the post-World War II era.

"My phone rang at about 5:30 a.m. and it was my publicist, Amanda (Silverman), and she was screaming. And I don't know what it is so I'm screaming and I'm crying! It's just a really emotional time. We're not taking this lightly because things like this don't happen. And it did," Blige stated.

The film's actresses Sally Hawkins and Octavia Spencer were both nominated for Best Actress and Best Supporting Actress, respectively.

Behind The Shape of Water is the film Three Billboards Outside Epping, Missouri, with seven nominations including Best Original Screenplay and Best Director. 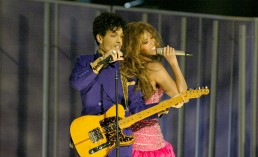 Enstars' Grammy Flashbacks: The Show-Stopping Performances of the 2000s 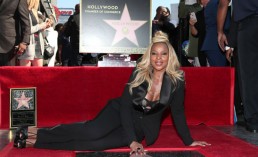 #HipHopHistory: Mary J. Blige Received Her Star On The Hollywood Walk Of Fame 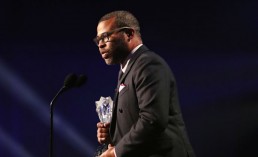