Several familiar faces returned for the fifth week of The Four: Battle For Stardom in hopes to reclaim their seats.

This episode of The Four: Battle For Stardom marked the final appearance of panelist Charlie Walk. The Republic Records president was accused of sexual misconduct and has removed himself from the competition series.

To kick off the fifth week of competition, the latest incarnation of The Four-Nick Harrison, Tim Johnson, Jr., Kendyle Paige, and Jason Warrior performed The Black Eyed Peas' "I Gotta Feeling" with the show host Fergie.

Round One-Vincint Versus Jason Warrior

Vincint got the honor of having the first challenge of the evening. He decided to go with his gut, and he chose Warrior. Up until his performance, Warrior was one of the longest-running vocalists in the competition. In his debut episode, Warrior took out one of the most prominent voices on the show: Saeed Renaud. Warrior sang John Legend's "Ordinary People" as his fight song, and he showcased his superstar potential. Diddy gave Warrior a standing ovation as he sat back in his seat.

Vincint tackled Brandy's "Sittin' Up In My Room." While the song was 23-years-old, he made it current and R&B radio friendly. The panel was divided as Trainor championed Vincint and called Warrior a John Legend wannabee, while Diddy crowned Warrior as the winner. However, the audience picked Vincint to be the winner. Before Warrior left, he called out Trainor for being shady...which became one of the show's awkward moments of the night.

20-year-old Memphis, Tennessee native Evvie McKinney wanted to grab a seat in honor of her deceased father who passed away. She performed Andra Day's "Rise Up" in hopes to grab a chair for the finale. Trainor stated McKinney had one of the strongest falsettos that she ever heard, DJ Khaled noted that she was ready for a career in the music industry. Diddy added that she gave her family and father victory.

McKinney became the second challenger of the evening as the panel invited her to face The Four and she chose to challenge Paige. Paige controversially knocked out fan-favorite Zhavia in last week's episode. The singer botched Zedd and Alessia Cara's "Stay," while McKinney delivered a masterclass cover of Aretha Franklin's "I Never Loved A Man (The Way I Love You)." McKinney received a standing ovation from all four experts. The audience chose to move McKinney to move on to the finale.

The second hour of the night involved The Four comeback artists, which were handpicked by the fans' votes and the panelists. Both groups chose to bring back Saeed Renaud, Candice Boyd, Ash Minor, and Zhavia. Renaud and Boyd faced off first. Renaud picked K-Ci and Jojo's "All My Life" for his comeback song. He gave the audience chills when showcased his velvet vocals.

Boyd performed Keyshia Cole's "Love" for her comeback song. Just like Renaud, Boyd has impeccable vocal runs and an impeccable range. The panel gave her a standing ovation and then decided to give the comeback win to Boyd.

While Renaud said his final goodbyes, Nick Harrison stated that Boyd should challenge him over a rematch with Tim Johnson, Jr. Boyd decided to tackle Harrison to get her seat back, he performed his version of Fat Joe's "All The Way Up." While Harrison showcased his bright future in hip-hop, Boyd fought for her seat with Ms. Lauryn Hill's "Ex-Factor" and delivered a healthy vocal that showcased impeccable notes.

The audience had the final say on who advanced to the finale, and they gave Boyd her seat back.

Ash Minor was selected by Diddy and the panelists to be one of the original members. Minor performed a superb version of Bruno Mars' "When I Was Your Man." Minor showcased his charisma and his vocal range throughout his solo. Meanwhile, fan-favorite Zhavia returned to the stage and tackled Cardi B's "Bodak Yellow." She showed attitude and versatility when she tackled the Billboard Hot 100 hit. The panel decided to award the win to Zhavia.

Tim took a huge risk and tackled The Weeknd's "Earned It." Johnson, Jr. reminded viewers of a miniature version of Chris Brown and Usher. He had strong vocals at 18-years-old, and he might steal the hearts of Nickelodeon and Disney viewers in the future.

The former frontrunner sang A Great Big World and Christina Aguilera's "Say Something." While she did not try to reach the Aguilera notes, Zhavia showcased an Adele-like tone that audiences have not seen from performance-based reality TV shows in years. Diddy, DJ Khaled, and Trainor gave a standing ovation. The audience voted to give Zhavia her seat back.

Next week, Boyd, McKinney, Vincint, and Zhavia will face off to earn the show's grand prize: a record deal with Republic Records, guidance from The Four panelists, and being named iHeartRadio's Artist on the Verge. 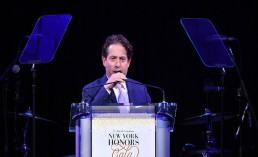 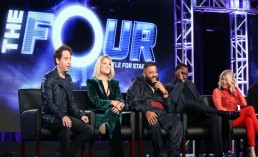 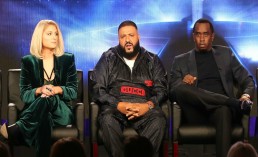 'The Four: Battle For Stardom' Spoiler: Which Artists Survived Week Four Of Competition?