In the wake of James Franco's sexual misconduct allegations, his alma mater is removing all the artworks by the actor found on the campus.

The Disaster Artist director and actor visited Palo Alto High School to paint two murals and display over 20 of his artworks in 2014. After three years and five women accusing Franco of sexual misconduct, the school is scrubbing the last of his works from their walls.

Artworks Were Meant To Be Temporary, Says School

In a statement by Palo Alto Unified School District superintendent Karen Hendricks to Hollywood Reporter, she confirms that the last mural by Franco has been painted over last week. The superintendent explains that the works were not meant to be permanent in the first place.

"Related to this, district staff recently considered the best interests of our students in the light of our educational mission, and decided to remove and return the remaining artwork," Hendricks continues.

One of the two murals was removed in 2016. Hendricks reveals that the school took down the second at the school's Student Center last week. A new concept is being worked on by the Latinos Unidos group in collaboration with the Paly ASB and VAPA department.

While the official statement did not mention the allegations against the actor, the campus newspaper revealed that the Hollywood scandal was the reason behind the removal of the mural.

Kimberly Diorio, the principal of Palo Alto High School, tells Paly Voice that she chose to remove the mural in the student center due to its visibility to the community. She adds that the decision to remove his artistic contributions was controversial because the Golden Globe winner hasn't been convicted and has denied all allegations.

"I can't even say it [the decision to replace the mural] is based on fact because he's denied those allegations and hasn't been charged with a crime," Diorio says.

Palo Alto High School's decision to remove his artworks from campus is only the latest in a string of effects the sexual misconduct allegations brought Franco.

Vanity Fair decided to digitally remove the Best Actor winner from the star-studded cover of their Hollywood Issue. A rep confirms that the alteration was due to the scandal surrounding Franco. Sources say that the actor was already photographed and interviewed for the Annie Leibovitz spread when the decision was made.

© 2020 ENSTARS, All rights reserved. Do not reproduce without permission.
TAGSJames Franco The Disaster Artist Time's Up
SEE COMMENT
CLOSE COMMENT 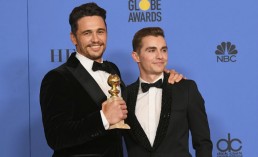 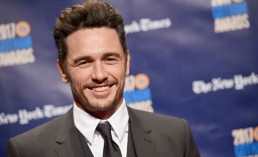 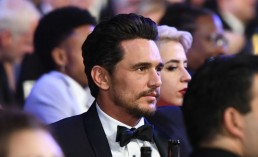