Director and actor Jordan Peele recently announced that he will be retiring from acting, no thanks to The Emoji Movie.

In his rather shocking acceptance speech during the 70th Directors Guild Awards on Feb. 3, Peele made the audience well aware of his upcoming big decision that he said was because of a job offer. In a striking irony, the comedian was getting his best first-time director award for his Oscar award winning film Get Out.

"Daniel Day-Lewis and I are both out. Acting is just nowhere near as fun for me as directing," Peele said and revealed that what prompted his decision was the Tony Leondis-directed film, The Emoji Movie, which got a 3 out of 10 rating in IMDb.

Peele went on to explain his drastic decision to quit appearing on screen and credited this to the offer he got when The Emoji Movie was still getting its cast.

"I was offered the role of Poop," Peele divulged. After thinking about the offer, he called back his manager to inquire about the role offered him, but much to his surprise, the team had already tapped Logan actor Sir Patrick Stewart for the said character.

However, this was not the only mention for The Emoji Movie during the event. During his comedic speech, actor Judd Apatow slammed what had been harrowing the Hollywood industry that started when victims spoke out against film producer mogul Harvey Weinstein last year.

"What happens when women direct movies? You get Lady Bird. You get Mudbound. You get Wonder Woman. You get a man directing a movie, you get The Emoji Movie with a character who is a literal piece of s-t," Apatow said.

The Emoji Movie, however, had some fans, despite echoes of boos and denouncement. Brains behind the Razzie Awards have decided to give the movie four nominations, and one of which was the first for an animated film.

Satirically, Razzie Awards are given to the worst films released in the industry. The Emoji Movie got the nominations for worst director, screenplay, and screen combo. Worse, it got the nomination for the Golden Raspberry Award, the top prize accorded by the body.

Meanwhile, Peele's Get Out was warmly welcomed and heavily lauded, considering the number of award-giving body nods the film had recently earned.

"This whole thing is a very surreal, conflicting experience. This has been the best year of my life, hands-down," Peele said. 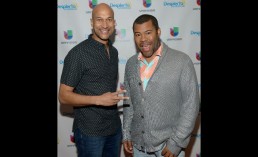 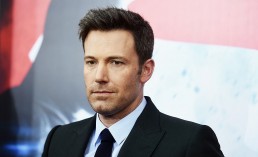 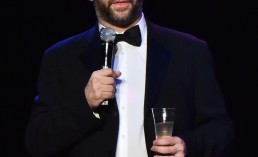