HBO's fantasy drama Game of Thrones is preparing to conclude in 2019. However, the showrunners have found a new universe to call home.

The New Kings Of Star Wars

Disney and Lucasfilm Ltd have invited David Benioff and D.B. Weiss to create their new universe in the Star Wars galaxy.

"David and Dan are some of the best storytellers working today. Their command of complex characters, depth of story, and richness of mythology will break new ground and boldly push Star Wars in ways I find exciting," said Kathleen Kennedy, Lucasfilm president told Deadline.

In a joint statement, the duo revealed that they were longtime fans of the franchise and were some of the first fans that saw Star Wars Episode IV-A New Hope in theatres when it was released in 1977.

If veteran fans are worried that Benioff and Weiss are going to destroy Chewbacca, C-3PO, and R2-D2, the Game of Thrones duo are expected to add on to the beloved science fiction franchise by building on new characters and worlds.

"We are honored by the opportunity, a little terrified by the responsibility, and so excited to get started as soon as the final season of Game of Thrones is complete," the duo told Rolling Stone.

The announcement of Benioff and Weiss joining the Star Wars family comes one day after Solo: A Star Wars Story released its first official trailer on Good Morning America.  The film is set to focus on a younger Han Solo (Alden Ehrenreich) before he met with Luke Skywalker and Obi-Wan Kenobi on Tatooine.

Solo: A Star Wars Story will feature how Han Solo became captain of the fabled Millennium Falcon and what events propelled him to meet Chewbacca and his longtime friend, Lando Calrissian (Donald Glover). Woody Harrelson, Emilia Clarke, and Thandie Newton round out the main cast, while Ron Howard is directing the film. Solo: A Han Solo Story is expected to drop in theatres on May 25.

Benioff, Weiss, and Disney have yet to confirm the release date of the duo's Star Wars films. 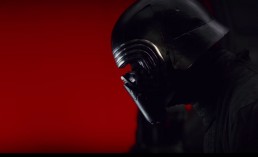 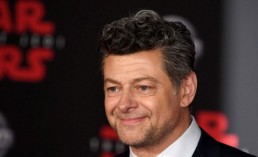