The Star Wars galaxy is expanding its universe this year. In May, Lucasfilm will showcase a new chapter in a legendary character's life.

Many Americans woke up to the first official trailer of Solo: A Star Wars Story, which debuted on ABC's morning newscast Good Morning America.

The trailer opens with the young Han Solo (Alden Ehrenreich) describing his questionable character traits to the viewers. The future Rebel Alliance leader is seen with Kira (Emilia Clarke) as they are running away from stormtroopers.

Over the course of the trailer, fans get to see Solo's first encounter with the Millennium Falcon and hear him make a solemn vow that he would be the best pilot in the galaxy. Fans also meet Solo's mentor, Beckett (Woody Harrelson), who invites the pilot-in-training to be a part of his crew.

The footage also shows a bunch of new characters who are introduced to the audience. There is one scene, however, that pulls at a Star Wars fan's heartstrings as Beckett encounters Solo and Chewbacca together for the first time. The trailer concludes when the Millennium Falcon first encounters the Imperial Empire's TIE Fighters.

When Star Wars posted the trailer on Twitter on Feb. 5, fans immediately took to the social network to share their opinions on the sneak peek of the upcoming science-fiction spin-off film.

Watch the new teaser trailer for Solo: A Star Wars Story and see it in theaters May 25. #HanSolo pic.twitter.com/4QSJUPi8SO

Other Twitter users posted GIFs from the classic scenes of Star Wars. In addition, countless parody accounts portraying characters such as Boba Fett, Lando Calrissian, and Obi-Wan Kenobi were either trolling or celebrating the trailer's release.

Meanwhile, some Star Wars fans were not exactly thrilled with the trailer.

"I have a bad feeling about this," wrote another Twitter user.

Lord and Miller caused chaos on the set of the Star Wars spin-off as the duo made Ehrenreich second guess his performance. They also had numerous disagreements with veteran screenwriter Lawrence Kasdan on the direction of the movie. Kasdan assisted Lucasfilm in bringing both The Empire Strikes Back and the franchise's first film in 10 years, Star Wars: The Force Awakens.

The film will focus on Han and Chewbacca's misadventures before they met Luke Skywalker and Obi-Wan Kenobi on Tatooine.

Solo: A Star Wars Story is expected to hit theaters on May 25. 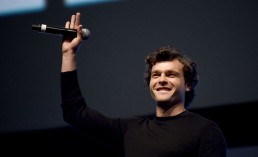 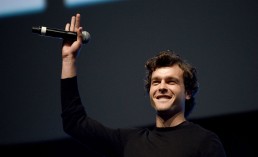 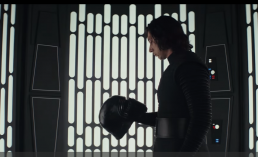