TomTom is coming soon but when will the Los Angeles restaurant of Tom Schwartz and Tom Sandoval be open to guests?

Throughout the first few episodes of Vanderpump Rules season six, fans watched as Schwartz and Sandoval spoke of their new restaurant venture with Lisa Vanderpump and Ken Todd and butted head with the couple over their stake with the company. Then, as the episodes continued, fans stopped hearing about the business.

Luckily, the lack of information on the show doesn't at all suggest that the restaurant is no longer happening. In fact, during a new interview, Schwartz has confirmed that the space is more than halfway complete.

"TomTom is coming along. It's happening," Schwartz revealed to The Daily Dish on Feb. 6. "We're super excited. It's maybe, 60 percent done. We went in there with Ken and Lisa the other day and we just looked around at the space and how much progress has been made. It's such a gorgeous spot. They transformed this little square retail space into this really cool, unique environment."

"It's going to be something special," he continued. "It kind of has some industrial swank. It's going to have touches of Ken and Lisa and we'll get in where we fit in, you know, try to inject some of our essence here and there."

As fans saw during an early episode of Vanderpump Rules season six, Schwartz and Sandoval own just a small percentage of the new restaurant but have been somewhat involved in the process of creating the space. They've also seemingly stepped over their boundaries with Vanderpump and Todd during a visit to the space months ago, which Schwartz later apologized for.

"We've had to manage our expectations in regard to how much creative input we have because the stakes are so high," he said.

Vanderpump and Todd have been successful restaurant owners for decades and currently own three celebrity hotspots in Los Angeles, including Villa Blanca in Beverly Hills, and PUMP Lounge and SUR Restaurant in West Hollywood.

Also during Schwartz's interview with The Daily Dish, his wife, Katie Maloney, was asked if she would take a position at Tom Tom once it opens.

"I don't think he would want that and neither would I," she said.

To see more of Tom Schwartz, Tom Sandoval, and their co-stars, tune into new episodes of Vanderpump Rules season six on Mondays at 9 p.m. on Bravo TV. 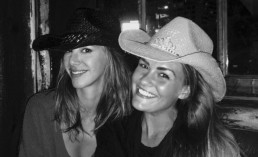 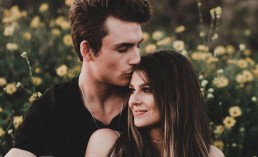 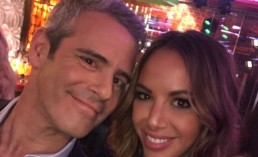