Kristen Doute isn't convinced that nothing happened between James Kennedy and Logan Noh during the sixth season of Vanderpump Rules.

In a new interview, Doute, who dated Kennedy years ago, spoke of her thoughts about the two men's relationship and revealed that her heart goes out to Noh, who claimed to be hooking up with Kennedy during Monday night's new episode.

“I feel for Logan. I really do,” Doute told Us Weekly magazine on Monday, Jan. 29. "I really feel badly for him. And he obviously … His heart is in the right place. And I think that James is denying his own truth a little bit.”

According to Doute, Kennedy loves attention and doesn't care whom he hurts in an effort to get the spotlight on him, which she thinks is unfortunate.

As fans saw on Monday night, Kennedy confronted his longtime friend Noh about his suggestion that they were sleeping together and Noh ultimately said that he had made up the story because he was jealous of the relationship between Kennedy and his girlfriend, beauty queen Raquel Leviss. Noh also said that he is in love with the SUR Lounge DJ.

Doute went on to discuss how Kennedy's girlfriend has been handling the ongoing rumors regarding her boyfriend's sexuality. She also said that she felt Leviss should have never embarked on a romance with the reality star to begin with.

“I don’t think James handles anything the right way, with or without alcohol being present," Doute continued. "If Logan is your best friend and you love him so much, just be honest about what is going on. Whether that’s half of your truth and half of his truth, it’s like, girls come and go, but your friends are going to be there forever.”

Since her split from Kennedy years ago, which played out during a number of drama-fueled moments, Doute has been dating a man named Brian Carter, who is frequently seen on Vanderpump Rules. 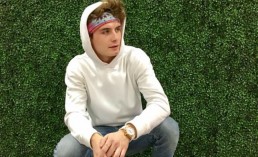 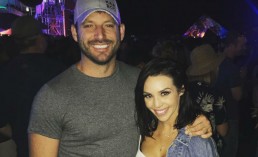 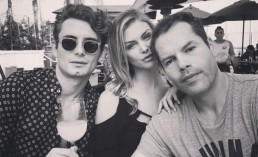