There are some novels that aren't meant for the big screen and the Fifty Shades trilogy falls under that category.

The final film in the romantic-thriller trilogy hits theaters this weekend and while some may be itching to see how Christian (Jamie Dornan) and Ana ( Dakota Johnson)'s fate will end, I can assure you that the film doesn't live up to the hype.

Fifty Shades Freed has one redeeming quality: it is a beauty to behold on screen. The visuals and cinematography almost make up for how bad the storyline is, almost To be fair, the novel Fifty Shades Freed was over 700 pages long, so the directors couldn't use all the information, however, there were key points missing that could have saved this film.

Unlike the book, the film spends a little more time on Anastasia and Christian's wedding ceremony. It also doesn't dwell too much on what happened during the newlywed's honeymoon. One key factor the film does mention is an unknown assailant sets a fire at Christian's company while looking for information while the Greys go on vacation in Europe. The assailant, of course, is none other than Jack Hyde (Eric Johnson), Ana's vengeful ex-boss.

The movie picks up the pace from there as the Greys hurry home to deal with the unwanted attack from Mr. Hyde. Ana begins to get accustomed to her new role as taking over Hyde's former position and Christian spends the majority of the film trying to protect Ana from danger. Also, as opposed to the book, the film doesn't show much sex, which may disappoint fans.

However, the film tries to focus more on the brewing villainy from Jack but fails to give the emotion behind his acts. Jack and Christian are more connected than people may realize, but before that, the film jumps into the surprise revelation that Ana is pregnant.

Earlier in the movie, Christian seems to detest the thought of having children and sharing his wife, but now, the nightmare becomes a reality and Christian doesn't handle that well. While the two have a falling out over what to do with their unborn child, Jack kidnaps Christian's sister Mia and blackmails Ana into giving him $5 million dollars.

Ana is in a race against time to save her sister-in-law and Christian catches wind of what's happening. In a short and overdramatic ending, Christian arrives just in time to see his wife beaten on the ground.

Ana recovers and the last we see of Mrs. Grey is her in the playroom awaiting her husband's sexual orders. The film also shows the family in the future with their son and Ana expecting another child.

Fifty Shades Freed is not much of the roller-coaster novel and doesn't offer the same emotion or thrills. Some may love the film, others may hate it, but that's the beauty of Fifty Shades we'll just keep talking about forever. 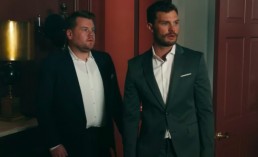 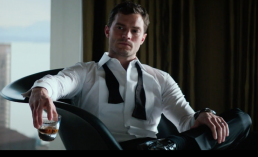 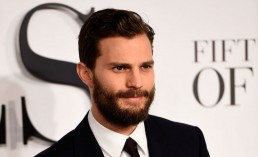