Following an episode of the show weeks ago, in which Madix admitted to feeling insecure about certain parts of her body, Madix is opening up to her costars yet again and this time, she's revealing that she is no longer interested in having sex with her boyfriend, Tom Sandoval.

During a shopping trip with Lala Kent, Scheana Marie, and Billie Lee, Madix is seen trying on different outfits with her costars when the topic of having sex with her boyfriend is brought up.

"Thirty is your prime... sexually," Lee points out.

"Oh, I don't have sex," Madix replies. "I don't want anyone looking at or touching my vagina."

Right away, Madix's costars are shocked and want to understand why she is no longer interested in being intimate with Sandoval.

As for how her boyfriend feels about the issue, Madix admitted that he's far more interested in her body than she is.

Weeks ago, Madix opened up to People magazine about her ongoing struggles with body confidence.

During an episode of Vanderpump Rules in early January, Madix said that a past relationship destroyed her confidence and impacted her current relationship with Sandoval. Luckily, in the months since filming season six and speaking to her female costars about the issues, she's been feeling a lot better about her body.

“I think that talking about it has actually really helped me,” Madix said. “Tom and I would talk about stuff like that, but it’s different than the way you’re able to talk to your girlfriends. I think for a while I was kind of placing this huge burden on Tom because he was the only person that knew the extent of things." 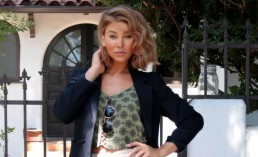 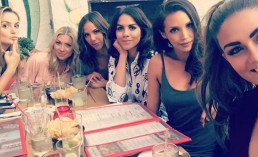 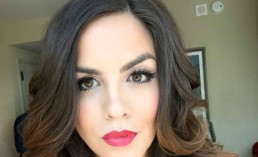