The drama seemed to be dying down on The Real Housewives of Atlanta.

Now, between accusations of Kenya Moore faking her pregnancy to a new shocking rumor about Cynthia Bailey’s boyfriend, it’s safe to say the drama is at an all-time high.

When it comes to Moore, new reports have claimed that the beauty queen and reality star pretended to be pregnant to stay on the show. Fans might remember she went to see her doctor on Sunday night’s episode with concerns that she could be pregnant. While she struggled to get pregnant in the past, her husband Marc Daly, who she married in a secret ceremony over the summer, said a pregnancy could be a miracle for the couple, just like their love story.

Interestingly enough, it was her pregnancy scare that caused her to miss the girls’ trip to Barcelona. One insider said Moore went to the doctor after the trip and this was her latest alleged attempt to stay on the show.

“Kenya was in trouble with the production company after her husband refused to fil with her at all,” the source said recently. “They told her she was going to get fired, and she had better do something to stay on the show. That was filmed after the women got back from Barcelona, not before.”

The insider also said that Moore’s reported tricks to stay on the show aren’t working and she will be let go after this season is finished. Only time will tell if that speculation is true. Meanwhile, her costar and foe, Kim Zolciak Biermann, seems to believe rumors of Moore’s lies.

Will They Ever Leave Will Jones Alone?

The cast has more than enough rumors to deal with the season. Cynthia Bailey’s boyfriend, Will Jones, has been speculated to be an opportunist and have a secret girlfriend on the side. Now, a friend of the show, Shamea Morton, has come forward with even more shocking claims about Jones.

Morton claimed that Jones was not into women, but is actually homosexual, or possibly bi-sexual.

“One of the homies at Cynthia’s 50th birthday party said he frequents predominantly gay bars. So then I said well maybe he’s bi or bicurious,” Morton said.

It’s not clear what Bailey thinks of these rumors concerning her boyfriend. Considering she didn’t believe the ones about his alleged secret girlfriend, it might be safe to say she won’t believe a word about him being gay either.

The Real Housewives of Atlanta airs on Bravo, Sundays at 8 p.m. EST or 7 p.m CT. 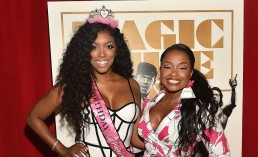 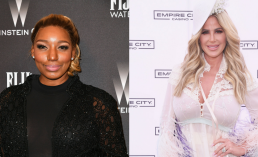 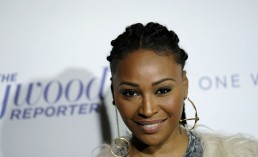