Jimmy Kimmel is keeping his White House roasts in season with mock Valentine's Day cards from Donald Trump and company.

The Trump administration must be used to being the subject of stand-up comedy shows, but it's unlikely they've ever gotten a funny Valentine with their faces on them. Kimmel sets off to solve this issue with a collection of greeting cards involving a number of political figures.

"The White House is releasing their own line of Valentine's Day cards this year," Kimmel says. "Have you heard about this? That's because we made it up, but it was funny. I guess we're at the point where anything is believable."

The Jimmy Kimmel Live host then proceeded to share a couple of the cards that he jokes at the White House website.

The best-seller is of President Trump that reads "I flip for you" with a photo of the president with his hair flapping in the wind, but press secretary Sarah Huckabee Sanders' is also a notable one saying, "The White House categorically denies it is Valentine's Day. No more questions."

Kimmel closed the segment with a card dedicated to Vladimir Putin.

"Can I inject you into my Olympic team," the card read. "Because you are dope."

It's not the first time Kimmel poked fun at the president on his late night show. In fact, Kimmel's Trump jokes are regular occurrences.

Just a few days ago, the host took a shot on the president for his decision to prevent the release of the Democratic Party's response to the infamous Devin Nunes memo. According to Kimmel, President Trump simply didn't want to spend any time reading a 10-page memo.

"It's 10 pages long," he points out. "So Trump told them to send it back in the proper form, which is one paragraph, read to him aloud by two Hooters waitresses carrying three orders of hot wings."

"The president can't spend all day poring over memos. He's got wife beaters to defend on Twitter," Kimmel says.

President Trump hasn't been totally ignoring the jokes made at his expense on late night television. In a tweet last October, he labelled the current late night hosts as unfunny and anti-Trump, before suggesting equal time on screen for Republican hosts.

Late Night host are dealing with the Democrats for their very "unfunny" & repetitive material, always anti-Trump! Should we get Equal Time? — Donald J. Trump (@realDonaldTrump) October 7, 2017

More and more people are suggesting that Republicans (and me) should be given Equal Time on T.V. when you look at the one-sided coverage? — Donald J. Trump (@realDonaldTrump) October 7, 2017 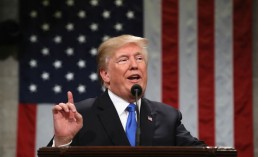 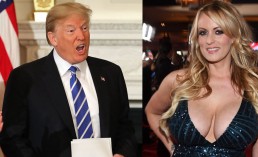 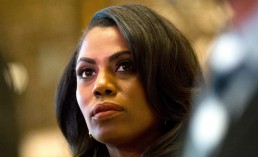 Is This What Got Omarosa Fired From The White House?