"Havana" singer Camila Cabello admitted she doesn't know how to react to the viral clip that shows Blue Ivy shushing her parents Jay-Z and Beyoncé in the Grammys.

The viral clip had landed on meme creators' horizon, and it also became a hot default content for gifs. This was because the moment between Beyoncé, Jay-Z, and Blue Ivy were caught on camera and had raised a lot of questions. It can be remembered that the eldest child of the power couple seemingly shushed her parents as they clapped their hands during Cabello's Grammys speech.

However, instead of mimicking what the grownups did much like most children, Blue Ivy turned to her mom, Queen Bey, and slightly nudged the Irreplaceable singer's hands. Probably thinking that her daughter had something to say, Beyoncé leaned toward her child.

Blue Ivy also did the same thing to Jay-Z, who seemed to look puzzled with what his child was doing. All this while Cabello was giving her heartfelt speech on the stage.

"I had a moment of insecurity. I surprised myself. I was like, 'What does that mean?'" she said.

Much like everyone else who saw that, Cabello insisted that many things had crossed her mind about Blue Ivy's gestures. One of which was that the girl did not like her speech. Even so, the former Fifth Harmony member said she immediately had to dismiss the thought.

She further added that Beyoncé and Jay-Z's daughter would probably like her anyways and announced that, generally, "kids like me." Grimshaw, meanwhile, had a different interpretation of the scene. For the radio host, shushing her parents meant that Blue Ivy was trying to tell her parents that Cabello's speech was not done and that they should not interrupt her or that she could not hear the 20-year-old singer amid the wave of applause.

Of course, people also had their own interpretations. Some noted that Blue Ivy was probably aware that Cabello had left her group, prompting the kid to quiet down Beyoncé and Jay-Z's applause. Another one predicted that it could probably be because the applause from the audience was too loud and the 6-year-old could not hear Cabello's speech.

Overall, the Bad Things singer was grateful as she had not witnessed the moment. Cabello cited that it might have been too overwhelming for her to stand in front of numerous big names in the biz. 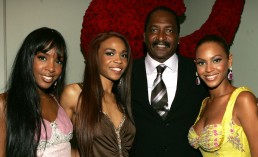 Someone Come Get Him: Mathew Knowles To Release Destiny's Child Tell-All 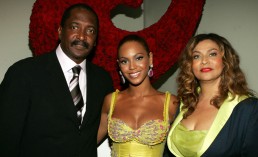 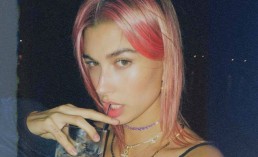