Kourtney Kardashian has been looking great in her recent Instagram and social media photos but is the 38-year-old too thin?

During Sunday night's new episode of Keeping Up With the Kardashians, Kardashian was seen speaking to her sister Khloe Kardashian and her friend Simon Gebrelul when the topic of her small frame was brought up.

After Kardashian told her younger sister that she recently went on a run and was so hot that she felt she would melt, Khloe revealed just how much the mother of three weighs.

“You know she’s 97 [pounds]?” Khloe asked Gebrelul, according to an Us Weekly magazine report on Feb. 19.

However, according to Kardashian, her sister was just a bit off and actually weighs 98 pounds after gaining 1 pound.

“You know Mason is 62 [pounds]?” she added, noting that she is just 36 pounds heavier than her oldest child.

Last summer, Kardashian opened up about her fitness and diet routine in a post on her official app.

“If I’m really making an effort to get toned, I’ll kick things up a notch by doing weighted squats with a kettlebell or sandbag,” Kardashian said, according to Hollywood Life, in June 2017. “Lean forward with the weight and slowly lift up, as soon as you pass the knee, accelerate into a squat. You have to be very careful not to let your knees go over your toes when you squat down, so I do this move really slow and controlled.”

As for her diet, Kardashian said that she doesn't eat sugar because she's found that it gives her cellulite. She also said that sugar is addictive and when she does eat it, she begins to feel that her body needs more.

Kardashian steers clear of soda as well, explaining that she doesn't like to drink much other than water and even does her best to avoid drinking too much alcohol. She went on to explain that cocktails are typically mixed with juice and soda, which are high in both calories and sugar.

When she does choose to drink, Kardashian said she opts for tequila on ice, beer, or wine.

For more of Kourtney Kardashian and her family, including her three kids and her ex-boyfriend, Scott Disick, don't miss new episodes of Keeping Up With the Kardashians on Sundays at 9 p.m. on the E! Network.

© 2020 ENSTARS, All rights reserved. Do not reproduce without permission.
TAGSkourtney kardashian Keeping Up With The Kardashians
SEE COMMENT
CLOSE COMMENT 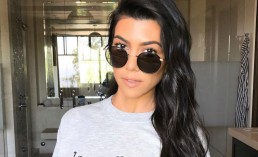 Kourtney Kardashian Talks Freezing Her Eggs, Is She Ready For A New Baby? 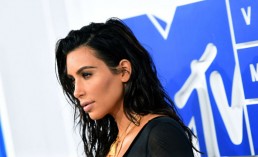