Blac Chyna just can't seem to catch a break. Only a few days after making headlines when an anonymous Twitter user leaked her alleged sex tape, a new video of the reality star has surfaced.

While it may seem that Chyna is fully engaged this time around, she is insisting that the woman featured is not her. In fact, the 29-year-old is calling the tape's star a spitting image of her.

Although the former stripper has shut down the accusations, the internet still isn't buying it. According to TMZ, the 13-minute grainy video shows a woman with Chyna's skin tone, signature body frame, hairstyle, and has several tattoos on her body as she does.

In the new clip, the woman appears to be engaging in oral sex with an African-American, which social media believes is her ex-boyfriend Mechie.

Sources close to the beauty entrepreneur agree that the woman does resemble Chyna, but stated that it is definitely not her.

Following the release of her first sex tape and the legal steps that will follow, it seems that death threats are now being thrown into the mix.

According to Complex, Chyna's attorney Lisa Bloom and Walter Mosley have been receiving emails and Instagram messages threatening their lives and of their families, simply for choosing to represent Chyna.

TMZ reported that Bloom received an email that clearly states she would be beaten to death and her daughter would be raped by the end of the week.

"My member is searching for you. If he finds you I gave him instructions already not to kill you but beat you bloody," the email stated.

As previously reported, when a video of Chyna of performing oral sex on an unidentified man was released on Monday, Feb. 19, Chyna immediately went to the cops.

Reports claimed that the mother of two would file a police report by the end of this week.

Shortly after the incident occurred, both of her lawyers Lisa Bloom and Walter Mosley took to social media to address the matter.

Mosley took to Instagram to share a photo of himself and Chyna and posted a lengthy caption demanding change.

In the meantime, the Los Angeles Police Department has obtained a search warrant for those behind the emails.

Blac Chyna Denies Claims That She Leaked Her Own Sex Tape 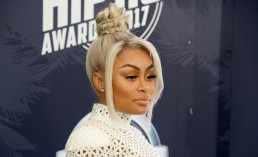 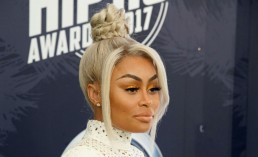