Quentin Tarantino teams up with Leonardo DiCaprio and Brad Pitt for his ninth film entitled Once Upon a Time in Hollywood.

According to a report from Deadline, the movie is described to be "a story that takes place in Los Angeles in 1969, at the height of hippy Hollywood. The two lead characters are Rick Dalton (DiCaprio), former star of a Western TV series, and his longtime stunt double Cliff Booth (Pitt)."

Both characters are reportedly struggling to keep their careers in an industry that have outgrown them. However, Rick's famous neighbor could change things for them: actress and model Sharon Tate.

"I've been working on this script for five years, as well as living in Los Angeles County most of my life, including in 1969, when I was seven years old," Tarantino says. "I'm very excited to tell this story of an LA and a Hollywood that don't exist anymore. And I couldn't be happier about the dynamic teaming of DiCaprio and Pitt as Rick and Cliff."

The director has been in talks with both actors for a while, although he also considered Tom Cruise to take on one of the two major roles. In the end, Tarantino ended up with two actors he's worked with before — Pitt with Inglourious Basterds and DiCaprio with Django Unchained.

Margot Robbie is also being tipped to star in the film as Tate.

The release date is quite a significant choice for the film, as it is the 50th anniversary of the tragic murder of Tate and four of her friends. The actress was pregnant at the time of her death.

The announcement of his signing of A-list stars DiCaprio and Pitt is certainly good news for the director after being subject to a few controversies in the past few months.

Most recently, Tarantino was criticized by many of his colleagues for allegedly forcing Uma Thurman to do a stunt on Kill Bill, which subsequently ended up getting the actress injured. The director has given his side of the events.

Tarantino also got a lot of heat on social media after a video was shown of him biting former Black Eyed Peas singer Fergie on the set of Planet Terror. The singer later went on to explain that the two of them were just having fun at the time of shooting.

© 2020 ENSTARS, All rights reserved. Do not reproduce without permission.
TAGSQuentin Tarantino Brad Pitt Leonardo DiCaprio Once Upon a Time in Hollywood
SEE COMMENT
CLOSE COMMENT 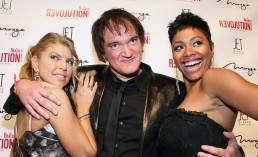 Quentin Tarantino Biting Fergie Explained By The Singer: 'We Were Just Kind Of Having Banter' 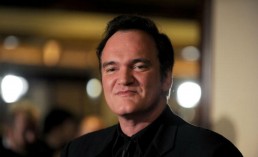 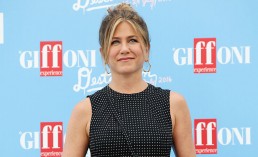