Quentin Tarantino has stated his immense regret for his part in harming Uma Thurman on the set of Kill Bill. Now, the director is remorseful for another blunder that occurred over a decade ago. The Django Unchained director was caught on tape defending Roman Polanski of a rape he committed during the 1970's.

Tarantino has issued an apology to Roman Polanski's victim, Samantha Geimer. Greimer alleged in 1977 that Polanski raped. Polanski never faced any criminal charges for the crime.

A recording of Tarantino's 2003 interview with Howard Stern went viral where the director stated that Geimer was a "party girl" and was down for whatever Polanski wanted to do. In an official statement to IndieWire, Tarantino expressed his deepest regret for his careless remarks.

"Fifteen years later, I realize how wrong I was. Ms. Geimer WAS raped by Roman Polanski. When Howard brought up Polanski, I incorrectly played devil's advocate in the debate for the sake of being provocative. I didn't take Ms. Geimer's feelings into consideration and for that, I am truly sorry ... So, Ms. Geimer, I was ignorant and insensitive, and above all, incorrect." Tarantino stated.

"I'm not upset, but I would probably feel better if he realizes now that he was wrong after 15 years, after hearing the facts. Nobody has to be pissed off on my behalf. I'm OK," she stated.

Geimer was 13 years old when Polanski raped her. Polanski pleaded guilty to unlawful sex with a minor however fled the county before prosecution could take place. Polanksi was married to the late Sharon Tate.

Tarantino was criticized earlier this week for a stunt gone wrong that injured. Thurman also alleged that the stunt was tied he the sexual assault she suffered at the hands of Harvey Weinstein. Weinstein currently is facing more than 80 accusations, including Thurman, of sexual misconduct. Thurman recently spoke out against Weinstein along with others after an expose article was written about Weinstein in September 2017.

Following Weinstein, a plethora of other men was named sexual predators. Actors Kevin Spacey, Dustin Hoffman, Ed Westwick, Danny Masterson, singer Nick Carter, and journalist Matt Lauer were all outed for their past sexual crimes. The recent allegations caused the #MeToo and Time's Up to be created to make the studio environment safer for everyone and give women equal opportunities. 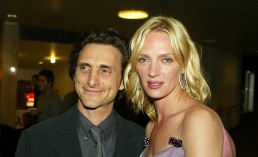 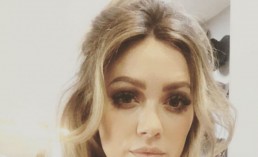 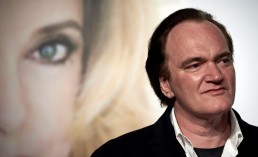