Abigail Spencer shares her insight on friend and former costar Meghan Markle stepping into the spotlight, saying she is one of the loveliest people around.

Spencer is on the cover of the latest issue of People Magazine and in her interview, she talks about bride-to-be Markle, acting, and being inspired as a mom to 9-year-old Roman.

Spencer: She Can Change The World

"Meghan Markle is one of the loveliest human beings on the planet, in the world," Spencer says. "I'm just so excited that the world will get to experience her loveliness, and I really think that with her platform for charity and her fortitude — she's going to have a great moment to change the world. If anyone can do it, it can be her."

Spencer and Markle, both 36, starred together in the USA Network's hit drama Suits. While the former has been off the show for some time, the latter is only set to leave when Suits returns for the second half of the seventh season at the end of the month.

Now, both Spencer and Markle are at different stages in their careers and lives, and the Timeless actress is happy for her former costar.

"I've known her for so long," she explains. "I'm just excited the world gets to meet the person I love so much. It's just so wonderful to see her so happy and so in love."

In her interview, Spencer talked about living her dream to be an actress now that she's in the time-traveling NBC drama Timeless. However, she admits that the best role she has been given is as mother to her son, Ronan, which let her fulfill a longing for a life that's not just about her. The actress adds that having a child inspired her to explore a new side of herself.

"Becoming Roman's mom was such an incredible reinvention of myself," she explains. "I started writing. I wrote a pilot that I sold. I started writing films. I just felt this creative rebirth on every level when I became his mother."

It's not confirmed whether Spencer will be flying across the Atlantic to attend the royal wedding, but a source tells Hello! that the Timeless star was invited and likely to attend along with other Suits cast members and executives.

Indeed, the wedding bells are getting closer and closer for Markle and Prince Harry. To prep herself for the big day, the bride-to-be was recently thrown a bridal shower with her friends at member's club Soho Farmhouse in Oxfordshire.

"Markus Anderson has helped throw the shower for Meghan and a small group of mostly her London friends," a source tells E! News. "It's just a relaxing day of good food and pampering."

In preparation for the wedding, the actress was also recently baptized in a secret ceremony attended by Prince Charles and Camilla, the Duchess of Cornwall. 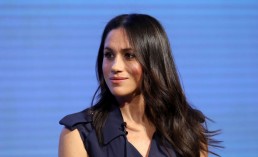 Meghan Markle Reportedly Got Baptized In A Secret Ceremony 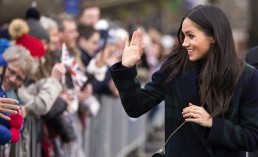 Meghan Markle Considered One Of Most Relatable Woman, Most Beautiful Royal 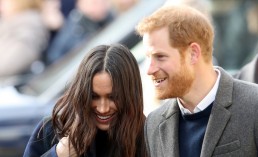