Hold everyone's wands down. The trailer for Fantastic Beasts: The Crimes of Grindelwald is here, and there are loads of things that need to be taken note of.

The trailer seemed to be overwhelming, to say the least, as it brings back a lot of Harry Potter feels. So a deconstruction is needed for this J.K. Rowling-work of art.

First, the obvious. The younger Albus Dumbledore was portrayed by Jude Law in Fantastic Beasts: The Crimes of Grindelwald. Of course his facial hair still wasn't long during the time, and fans should expect a great screen time for the wise professor.

Newt Scamander, played by Eddie Redmayne, and Gellert Grindelwald, played by Johnny Depp, are seen in the trailer as well. The infamous school for wizards, the Hogwarts, made an appearance as well, though the scenes mostly took place in France.

Die-hard fans would know that these objects were given light in Harry Potter and The Deathly Hallows. These magical articles were given to the three Peverell brothers, who utilize their items to cheat their death.

The Deluminator also seemed to show itself in the trailer, although it was not clear who was using the object. Fans believe it was Dumbledore who used it in a foggy street, reportedly to meet with Scamander. A deluminator is like a switch that can turn off light from any source nearby, and can also turn lights on. In the Harry Potter film, Dumbledore gave it to Ron Weasley, as stated in his last will.

Next, thestrals made a brief cameo on Fantastic Beasts: The Crimes of Grindelwald's trailer. For those unfamiliar with the creatures, these are basically skeletal horses with wings and resemble reptiles. To give light on this, these creatures were first seen in Harry Potter and the Order of the Phoenix and was talked about by the eccentric Luna Lovegood and Harry Potter as creatures that can only be seen by someone who already saw death.

Yes, Hogwarts was established in one scene. Though at one point, it should be noted that some were able to Apparate on the school grounds. Fans would know well that only a few has the capability to apparate and disapparate on the place, and that includes Dumbledore. With this in mind, it could be that security 70 years ago was not on high-alert or something that has triggered the rule is yet to happen. It could also be a miss on Fantastic Beasts: The Crimes of Grindelwald director David Yates.

A familiar yet undiscovered character also shows herself, Leta Lestrange. Many might remember her during the first installment as the girl in Scamander's picture frame, his love interest in his time at the Hogwarts. Now, it seemed her story is to be told in the second installment of the film. But fans will also see Tina Goldstein, played by Katherine Waterston, which Scamander had an adventure with in the first installment and hinted to have developed feelings toward the Magizoologist. As for another new character, a certain Maledictus is making an appearance. The role is played by Claudia Kim.

Theseus Scamander, Newt's brother and played by Callum Turner, is also set to help his sibling in his battles. In the story, he was notable for his bravery during the First World War, which made him a lauded hero. He made a brief appearance in the trailer, when he and Newt had to go hand in hand.

Additionally, there was no mention of he who shall not be named (read: Voldemort), but a person with the surname of Travers enters the scene. Torquil Travers, played by Derek Riddell, was one of those who went to interrogate Dumbledore on Scamander's whereabouts. Bearing the Travers's family name means that he delineates from the one of the 28 pure-blood families who cradled Voldemort.

Fans would have to wait and see until Nov. 16 to witness more of the hidden elements in Fantastic Beasts: The Crimes of Grindelwald. 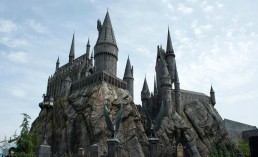 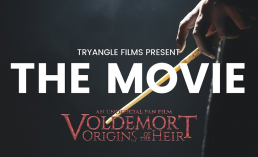 Harry Potter Fan Film Explores The Origins Of Voldemort, With The Blessing Of Warner Bros. 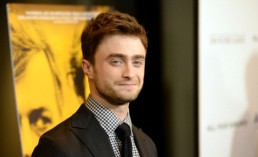